What is Acxion Fentermina?

Acxion Fentermina is a Mexican brand of phentermine, a medication that is similar to an amphetamine. It stimulates the central nervous system (nerves and brain), which increases your heart rate and blood pressure and decreases your appetite. Acxion Fentermina is used together with diet and exercise to treat obesity, especially in people with risk factors such as high blood pressure, high cholesterol, or diabetes.

Phentermine the active ingredient was originally approved by the Food and Drug Administration (FDA) in 1959 for short-term use of up to 12 weeks for people older than 16. In the 1990s, drug makers combined phentermine with other weight loss drugs. This drug combination was commonly called fen-phen.

How does Acxion Fentermina work?

Phentermine belongs to a class of drugs called anorectics, also known as appetite suppressants. Taking Acxion Fentermina helps suppress your appetite, thereby limiting how many calories you eat. Over time, this can lead to weight loss.

While the exact way phentermine reduces appetite remains unclear, the drug is thought to act by increasing neurotransmitter levels in your brain. Neurotransmitters — the chemicals norepinephrine, serotonin, and dopamine are your body’s chemical messengers. When your levels of these three chemicals increase, your feeling of hunger decreases.

However, you may build a tolerance to the appetite-suppressing effects of phentermine within a few weeks. If that happens, speak with the healthcare professional who prescribed it.

Unlike in many countries, phentermine is a Schedule IV controlled substance in the United States because it is related chemically and pharmacologically to amphetamines. Amphetamines and other stimulant drugs have been extensively abused and the possibility of abuse of Phentermine should be kept in mind when evaluating the desirability of including a drug as part of a weight reduction program.

Abuse of amphetamines and related drugs may be associated with intense psychological dependence and severe social dysfunction. There are reports of patients who have increased the dosage of these drugs to many times than recommended. Abrupt cessation following prolonged high dosage administration results in extreme fatigue and mental depression; changes are also noted on the sleep EEG. Manifestations of chronic intoxication with anorectic drugs include severe dermatoses, marked insomnia, irritability, hyperactivity, and personality changes. A severe manifestation of chronic intoxication is psychosis, often clinically indistinguishable from schizophrenia.

However, the FDA has approved phentermine in combination with topiramate for long-term use, since the doses of the two ingredients are lower than the maximum doses of the individual drugs.

What are the likely side effects of Acxion Fentermina?

The most commonly reported side effects of Acxion Fentermina are:

You shouldn’t take Acxion Fentermina if you have heart disease, hyperthyroidism, glaucoma, or severe kidney or liver disease or if you’re pregnant or nursing. 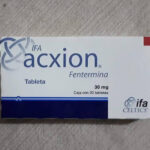 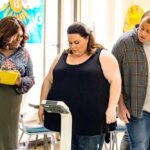 What Does Phentermine Do To The Human Body? 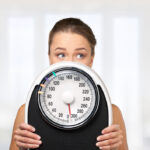 How Much Weight Can You Lose While Taking Phentermine? 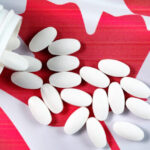 Why Is Amlodipine Banned In Canada?
<