Boxed warnings typically apply to a particular drug cohort rather than one specific drug; this is because usually, the severe risk is associated with the mechanism of action and its undesired effects on the body, therefore applying to several medications within a class. Medications with boxed warnings associated with them may have adverse financial consequences as these warnings can affect the marketability of the drug and generate negative news reports.

Physicians must use their clinical judgment on whether or not to prescribe medications with these warnings to their patients’ care. Boxed warnings are not meant to be absolute contraindications for drugs, but instead, to bring the attention to the clinician and pharmacist on potential severe side effects.

What are the types of boxed warnings?

Federal regulations specify three situations in which boxed warnings are appropriate. First, they are used when an adverse reaction is so serious in comparison to the drug’s benefits that consideration is essential when assessing the risks versus benefits of the drug. These warnings are typically used for potentially permanently disabling or fatal reactions. For example, the risk of anaphylaxis with iron dextran injection justifies its use only when anemia is severe and refractory to oral therapy.

Second, boxed warnings are applied to drugs with the potential for serious adverse reactions that may be prevented or reduced in severity by appropriate prescribing. This may include specific monitoring (e.g., liver function tests for valproic acid [Depakene]) or patient selection (e.g., avoidance of angiotensin-converting enzyme [ACE] inhibitors in pregnant women).

Third, the FDA issues boxed warnings for drugs with mandatory restrictions to ensure safe use. For example, physicians must complete a certification program before prescribing isotretinoin (formerly Accutane). Other drugs, such as chemotherapeutic agents, may be administered only in supervised or inpatient settings.

In rare instances, a drug may be the subject of a recall from the market. The most serious type of recall (Class I) is when the use of a medication may cause severe health detriments or even possible death.

How does a medicine get this warning?

FDA often identifies safety concerns with medications through clinical trial data or through reports of so-called “adverse events” submitted to the agency by consumers and healthcare professionals.

It’s not always possible to know that those adverse events are directly caused by a medication, but if FDA identifies a serious concern, it can require a drug company to update its product’s labeling, restrict its use or, in rare cases, remove it from the market.

For example, several kinds of combination birth control pills carry a black box warning related to cardiovascular risks associated with them. The warning also strongly advises that women who use them not smoke, as cigarette smoking is known to increase the risk of those side effects.

What are the common drug classes with boxed warnings?

The common drug classes with boxed warnings include:

Dextroamphetamine-amphetamine (Adderall). This CNS stimulant is commonly used for the treatment of ADHD. Researchers have shown, however, that it is frequently used recreationally by college students and other young adults for its effects on improved concentration/focus, and also have demonstrated an association of the drug’s use with addictive behavior. In addition to the known side effects of sleep disruption and increased risk for mental health problems—including depression, bipolar disorder, and aggressive or hostile behavior—there are also CV risks such as high blood pressure and stroke, as well as the potential for drug abuse and dependence, which have warranted a black box warning.

Alprazolam (Xanax).This sedative is used primarily for the treatment of anxiety disorders, is contraindicated in patients with glaucoma, and should never be used in patients with a history of drug abuse due to its addictive potential. Alprazolam’s boxed warning advises that concomitant use with opioids, alcohol, or other CNS depressants may cause severe sedation, respiratory disorders, coma, and even death. In a 2017 safety communication, however, the FDA stated that buprenorphine and methadone should not be withheld from patients taking benzodiazepines or other drugs that depress CNS:

“The combined use of these drugs increases the risk of serious side effects; however, the harm caused by untreated opioid addiction can outweigh these risks. Careful medication management by health care professionals can reduce these risks. We are requiring this information to be added to the buprenorphine and methadone drug labels along with detailed recommendations for minimizing the use of medication-assisted treatment (MAT) drugs and benzodiazepines together.”

Hydrocodone and acetaminophen (Vicodin).This schedule II drug is used for the treatment of moderate to severe pain, largely after surgery. It earned a black box warning due to its highly addictive potential, as well as the increased risk of respiratory depression and significantly increased risk of liver damage/failure associated with its use.

Fluoroquinolones: In July 2008, the FDA issued a boxed warning describing an increased risk of tendinopathy and tendon rupture in patients taking fluoroquinolone antibiotics. The risk is greatest in adults older than 60 years, in patients taking corticosteroids, and in transplant recipients. The accompanying product information counsels prescribers to consider alternatives in patients with multiple risk factors for tendon rupture and to discontinue use in patients who develop tendon pain or inflammation during treatment.Fluoroquinolone-associated tendinopathy has been described in multiple case reports and seems to be a real but rare risk of treatment.

Salmeterol: In 2005, the FDA issued a boxed warning for all products containing salmeterol (Serevent) because of the possibility of increased asthma-related mortality. This warning was based on preliminary results from the Sal-meterol Multicenter Asthma Research Trial (SMART), which showed a small but statistically significant increase in asthma-related deaths in patients taking salmeterol (13 in the salmeterol group versus three in the placebo group). The risk of death was greatest in black participants and in those not receiving inhaled corticosteroids. This study supported concerns that tolerance to beta-agonist effects could make treatment of exacerbations more difficult.

You can report any drug-related adverse event you observe or are informed about during patient visits if you are a healthcare provider. These reports help to alert the FDA of side effects that may not be covered in a drug’s package insert, important safety information, or medication guide, and can lead to the addition of new boxed warnings. To report an event, you can submit an electronic form, mail a report form to the agency, or call them directly (1-800-FDA-1088). Once you report an event, you can monitor the status of your report, or ask for the general information regarding adverse events associated with the therapeutic. 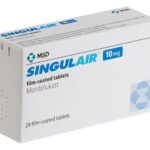 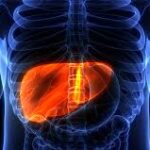 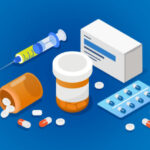 Cardiovascular Drugs: List, Uses, Side Effects
<
Tags
What Is A Black Box Warning