Memoril forte is a dietary supplement that includes a combination of ginkgo, vitamins, and active substances for memory, suitable for both – the elderly and intensively working people. Research has shown that adequate vitamin and nutrient concentrations in supplements such as Memoril forte were necessary for optimal health and cognitive functioning.

Recent clinical trials support the role of daily multivitamin and mineral supplements for enhancing memory in older women and for increased alertness and the feeling of general well-being in elderly men. The beneficial effects of multivitamins like Memoril forte may have to do with the antioxidant protection they provide by counteracting oxidative stress in the brain, the scientists commented.

What are the ingredients in Memoril forte?

Several ingredients in Memoril forte work in synergy to produce the effects of the supplement for example;

Ginkgo extract supports central and peripheral blood circulation and thus helps the human body to continuously supply the brain with a sufficient quantity of oxygen and energy. It helps against vertigo. Vitamins B6 and B12  have a protective effect against memory loss and memory impairment and can help to lower your risks of experiencing memory problems in the future. But B vitamins also have a supportive and regenerative effect. Studies suggest that taking supplements containing B vitamins like Memoril forte can slow cognitive decline and even help to reduce the pre-existing atrophy of neurons in the parts of the brain responsible for memory and learning.

Folic acid is another ingredient that improves nervous system activity. Folic acid has also been used to treat people suffering from memory loss, Alzheimer’s, and Dementia. There is some evidence that suggests elderly people who take in larger amounts of folic acid than recommended can decrease their chances of developing Alzheimer’s.

Memoril forte also contains Vitamins C, E and selenium are antioxidants that enhance the effects of ginkgo extract and improve mental activity. There is some evidence to suggest that vitamin E can benefit the mind and memory in older people. A 2014 study in the journal JAMA found that high amounts of vitamin E can help people with mild to moderate Alzheimer’s disease.

How should I take Memoril forte?

The manufacturer-recommended dosage of Memoril forte is 1 capsule taken 1-2 times daily with a glass of water. Follow all directions on the Memoril forte label and package. Tell each of your healthcare providers about all your medical conditions, allergies, and all medicines you use.

Before you take Memoril forte, tell your doctor if you have kidney disease (or if you are on dialysis), an infection, if you are an alcoholic, or if you have any type of anemia that has not been diagnosed by a doctor and confirmed with laboratory testing. Memoril forte supplement should only be used following a discussion with a physician.

What are the side effects of Memoril forte?

Memoril forte can cause side effects which can include:

This is not a complete list of Memoril forte side effects and others may occur. Call your doctor for medical advice about side effects. You may report side effects to FDA at 1-800-FDA-1088.

What drugs can interact with Memoril forte?

As with any medication, care is needed to prevent interactions with other drugs and other risks. Even ibuprofen combined with some ingredients in Memoril forte increases the risk of internal bleeding.

Patients with blood circulation disorders or individuals on anticoagulants, such as aspirin, are at risk of experiencing undesirable effects after taking Memoril forte.

Those taking selective serotonin reuptake inhibitors (SSRI) as antidepressants should not take Memoril forte as the presence of ginkgo inhibits monoamine oxidase, reducing the effectiveness of the medications. Combining the two may also increase the risk of a potentially fatal condition known as serotonin syndrome. Examples of SSRIs are Prozac, or fluoxetine, and sertraline, also known as Zoloft.

Memoril forte can also exaggerate both the good and bad effects of another type of antidepressant, known as monoamine oxidase inhibitors (MAOIs).

Other possible interactions include: 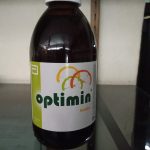 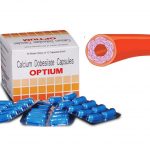 Optium Capsules: Uses, How it Works, Dosage, Side Effects 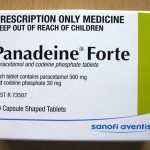 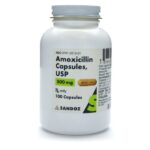