Circulan 4 In1 is a popular dietary supplement that combines four of the top herbal extracts known for boosting blood circulation and promoting health and wellbeing.

The benefits of this supplement are traceable to the herbal extracts it contains. Each soft capsule of Circulan 4 contains the following active ingredients:

Ginkgo biloba, or maidenhair, is a tree native to China that has been grown for thousands of years for a variety of uses. Because it’s the only surviving member of an ancient order of plants, it’s sometimes referred to as a living fossil. While its leaves and seeds are often used in traditional Chinese medicine, modern research primarily focuses on ginkgo extract, which is made from the leaves. The presence of this extract in Circulan has many health benefits, specifically increased arterial, cerebral and peripheral circulation. Gingko is also known as an elixir for mental health as it can stimulate cerebral mechanisms. A review that evaluated four studies found a significant reduction in a spectrum of symptoms associated with dementia when ginkgo was used for 22–24 weeks. These positive results could be related to the role that ginkgo may play in improving blood flow to the brain, especially as it relates to vascular types of dementia.

Garlic is another important active herbal extract in Circulan. Research also indicates that garlic can have a positive impact on your arteries and blood pressure. Researchers believe red blood cells turn the sulfur in garlic into hydrogen sulfide gas. That expands our blood vessels, making it easier to regulate blood pressure. Garlic also contains antioxidants that support the body’s protective mechanisms against oxidative damage. Supplements containing garlic like Circulan have been shown to increase antioxidant enzymes in humans, as well as significantly reduce oxidative stress in people with high blood pressure.

The final herb in this supplement is Melissa officinalis also known as Lemon balm, a member of the mint family, and is considered a calming herb. It was used as far back as the Middle Ages to reduce stress and anxiety, promote sleep, improve appetite, and ease pain and discomfort from indigestion (including gas and bloating, as well as colic). Lemon balm is well known for its relaxing and soothing properties in both adults and children. For sleep problems, it helps to restore calm and tranquillity, makes it easier to get to sleep, and improves sleep quality.

How should I take Circulan 4 In1 capsules?

The recommended dosage of Circulan capsules for adults is one or two capsules two to three times daily.

Follow the directions on the package or prescription label carefully, and ask your doctor or pharmacist to explain any part you do not understand. Take Circulan capsules exactly as directed. Do not take more or less of it or take it more often than prescribed by your doctor or written on the package.

Can a pregnant woman take Circulan 4 In1 capsules?

No, if you are pregnant or planning to get pregnant avoid taking Circulan 4 In1 capsules because some of the herbs may affect your chances of conceiving. In addition, one of the herbs in Circulan (Ginkgo biloba) could prolong bleeding time, particularly around labor due to its anti-platelet properties.

Can a breastfeeding woman take Circulan 4 In1 capsules?

No, during lactation the safety of Circulan is unknown and should be avoided until high-quality human studies are conducted to prove its safety.

Does Circulan 4 In1 capsule have side effects?

Possible side effects of Circulan 4 In1 capsules include:

Can Circulan 4 In1 capsules interact with my medication?

Circulan 4 In1 capsules can interact unfavorably with certain medications. Some interactions could increase the risk of bleeding.

•          Alprazolam (Xanax). Taking Circulan with this drug used to relieve symptoms of anxiety might reduce the drug’s effectiveness.

•          Anticonvulsants and seizure threshold-lowering drugs, herbs, and supplements.  Taking Circulan could reduce the effectiveness of an anticonvulsant drug.

•          Antidepressants. Taking Circulan with certain antidepressants, such as fluoxetine (Prozac, Sarafem) and imipramine (Tofranil), might decrease their effectiveness.

•          Diabetes drugs. Circulan might alter your response to these drugs.

•          Ibuprofen. It’s possible that combining Circulan with ibuprofen (Advil, Motrin IB, others) might increase your risk of bleeding. 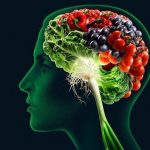 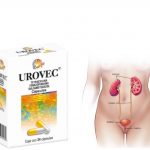 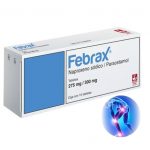