Flomax is a brand of tamsulosin, an alpha-blocker that relaxes the muscles in the prostate and bladder neck, making it easier to urinate. Flomax is used to improve urination in men with benign prostatic hyperplasia (enlarged prostate). Flomax is not approved for use in women or children.

Tamsulosin was first marketed in 1996 under the trade name Flomax. The U.S. patent expired in October 2009. The U.S. Food and Drug Administration (FDA) approved generics in March 2010. In 2010, tamsulosin was available as an OTC medication in the UK.

How should Flomax be used?

Tamsulosin comes as a capsule to take by mouth. It is usually taken once a day. Take tamsulosin 30 minutes after the same meal each day. Follow the directions on your prescription label carefully, and ask your doctor or pharmacist to explain any part you do not understand. Take tamsulosin exactly as directed. Do not take more or less of it or take it more often than prescribed by your doctor.

Swallow Flomax capsules whole; do not split, chew, crush, or open them. Your doctor will probably start you on a low dose of Flomax and may increase your dose after 2 to 4 weeks.

Flomax may help control your condition, but it will not cure it. Continue to take tamsulosin even if you feel well. Do not stop taking Flomax without talking to your doctor.

Why is Flomax taken at night?

Flomax is taken at bedtime to minimize the chances of getting dizzy or fainting. However, if you can, take Flomax in the morning, after breakfast, or the first meal or snack of the day. This is so the highest levels of the medicine are in your body during the day and give you the most benefit when you are most likely trying to pee. It’s best to take it at about the same time each day.

What are the side effects of Flomax?

Flomax comes with the potential for side effects. The most common side effects include dizziness, runny nose, and abnormal ejaculation, including:

Orthostatic hypotension: this is low blood pressure that happens when you stand up. It can cause lightheadedness, dizziness, and fainting. This effect is more common when you first start taking Flomax. It’s also more common if your doctor changes your dosage. You should avoid driving, operating machinery, or doing similar activities until you know how your dosage of Flomax affects you.

Priapism: this is a painful erection that won’t go away and that’s not relieved by having sex. Priapism is a rare but severe side effect of Flomax. If you experience priapism, contact your doctor immediately. Untreated priapism can lead to permanent problems with having and maintaining an erection.

Intraoperative floppy iris syndrome: this is a complication during surgery for cataracts or glaucoma. Although rare, this complication has been reported by people who have used Flomax and also had these surgeries. Tell your doctor or surgeon that you take Flomax if you need to have cataract or glaucoma surgery. 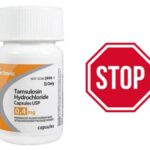 How To Stop Taking Tamsulosin Safely 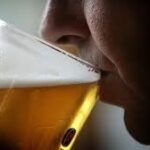 Can You Take Tamsulosin and Alcohol? 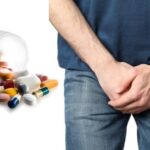 Can You Take Linzess at Night?