Epilepsy is one of the most common neurological conditions, affecting more than 65 million worldwide. For those dealing with epilepsy, the advent of a seizure can feel like a ticking time bomb. It could happen at any time or any place, potentially posing a fatal risk when a seizure strikes during risky situations, such as while driving.

Seizure episodes are a result of excessive electrical discharges in a group of brain cells. Different parts of the brain can be the site of such discharges. Seizures can vary from the briefest lapses of attention or muscle jerks to severe and prolonged convulsions. Seizures can also vary in frequency, from less than 1 per year to several per day.

What are the drugs to avoid in epilepsy?

In order to avoid seizure triggers, patients should always work with their doctors or caregiver to choose the best treatment or medication for optimal seizure control and minimal side effects.

Medications that may trigger or cause seizures include:

A retrospective study published in the Journal of Clinical Toxicology reported that diphenhydramine was a leading cause of drug-induced seizures in the USA. An experimental animal study demonstrated that diphenhydramine-induced convulsions are dose-dependent. The mechanism of action is thought to be related to the histamine receptor.

How To Avoid Avoid Medication Induced Seizures In Epilepsy

If you have epilepsy and take medications, it is important to discuss the way your prescriptions might interact with other medicines. Getting regular sleep, controlling stress, and managing potential seizure triggers are all important aspects of successfully managing epilepsy.

Keep your doctor up to date. If you need to start taking medicines for another condition or have to change any of your doses talk to your doctor before you start.

Be honest. Tell your doctor, dentist, and pharmacist about all the medicines, supplements, vitamins, and herbs you use. Go into appointments with a list so you don’t forget anything.

Don’t assume that “natural” means safe. Many herbal medicines and supplements can interact with medicines for epilepsy. For instance, St. John’s wort can interact with several anticonvulsant medicines. In addition, be careful with birth control pills. Some medicines for seizures can prevent birth control pills from working. Epilepsy drugs known to have this effect include Carbatrol, Dilantin, phenobarbital, Mysoline, Trileptal, and Topamax.

Take special precautions if you’re older. Older people are not only more likely to have epilepsy than other adults, but they’re also more likely to be on long-term medication for other conditions like high blood pressure, diabetes, or heart problems. That increases your risk of interactions.

Watch your diet. Oddly enough, some foods like grapefruit can interact with epilepsy medicines. Ask your doctor for a list of any foods you should avoid. More generally, you should not make radical changes to your eating habits. Some of these popular diets can cause havoc in people with epilepsy. 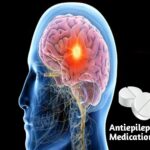 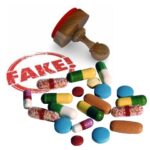 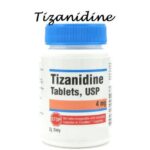 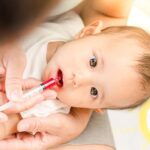 Is Ibuprofen (Advil, Motrin) Safe to Take During Pregnancy?