The combined oral contraceptive pill, often referred to as the birth control pill or colloquially as “the pill”, is a type of birth control that is designed to be taken orally by women. It includes a combination of an estrogen and a progestogen.

Most birth control pills include estrogen and progestin which prevent pregnancy by stopping sperm from joining with an egg. When sperm joins with an egg it’s called fertilization. The hormones in the pill safely stop ovulation. No ovulation means there’s no egg for sperm to fertilize, so pregnancy can’t happen.

How effective are birth control pills?

The pill has the potential to be 99% effective at preventing pregnancy if you take it without fail — meaning you don’t forget to take the pill for even a day or two. However, taking the pill perfectly can be difficult, which is why nine out of 100 women who use the pill will have an unintended pregnancy every year. The pill is most reliable when you take it consistently at the same time each day. Being consistent helps keep hormone levels from fluctuating.

Progestin-only pills are also called “the minipill.” They’re better for some women, such as those who are breastfeeding or have a history of blood clots and strokes and shouldn’t take estrogen. The pill comes in different dosing packets — from 21-day pill packs to 90-day pill packs, to even 365 days of active pills. Traditionally, depending on the brand and dose, you take at least three weeks of active pills followed by two to seven days of hormone-free (inactive) pills. This is called cyclical dosing.

Most women have a menstrual period during the inactive pills. Some brands do not provide any inactive pills at all in the pack (they only supply three weeks of active pills). With the 21-day packs a woman does not take any pills for a week. During this time, you’ll have your period, similar to what happens when taking the inactive, hormone-free pills.

Some formulations offer continuous dosing, which means you do not have any inactive pills, and a woman takes an active pill daily. Alternatively, extended cycle dosing is when inactive pills or breaks in the active pill regimen only occur three to four times per year. Skipping the inactive pills prevents menstruation. Your healthcare provider can discuss the best option for you.

No, the pill won’t protect you against sexually transmitted diseases (STDs) or infections (STIs). STDs, such as genital herpes, chlamydia and human immunodeficiency virus (HIV), are transmitted through direct sexual contact and the exchange of bodily fluids like semen. If you’re sexually active, the best way to prevent an STD is by using condoms in addition to the pill. Condoms, when used alone, are about 85% effective at preventing pregnancy. However if the pill and condoms are used together, both infection and pregnancy prevention is optimized. If you aren’t in a monogamous relationship with one partner, your healthcare provider will suggest using condoms along with the pill to prevent pregnancy and STDs.

A birth control pill is a safe and effective method of birth control. Most women who take the Pill have none to very few side effects. The side effects that some women have while on the Pill include: irregular menstrual bleeding (more common with the mini-pill)

However, using the combination pill can slightly increase your risk of health problems. Complications are rare, but they can be serious. These include heart attack, stroke, blood clots, and liver tumors. In very rare cases, they can lead to death. 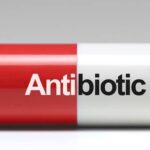 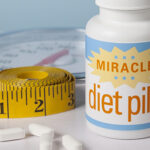 Can You Take Expired Diet Pills? 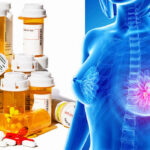 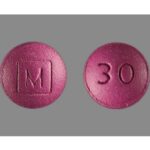 How Long Does It Take Lexapro (Escitalopram) To Kick In?