Prevoxin is a nonprescription weight loss supplement manufactured by the National Weight Loss Institute LLC, based in the United States, Prevoxin promises up to 200 percent more weight loss and less body fat than would be possible if dieting and exercising alone. It also claims to have a clinically proven ingredient and that boosts the fat-burning activity of enzymes that burn fat in the body. It also describes itself as being “so unique it was awarded two patents for weight loss”.

However, after all of those bold statements and claims, it is still a very good idea to look into the formula and the evidence behind the claims to see if the promises of the manufacturer have the potential to hold water.

Upon researching the manufacturer, it was discovered that National Weight Loss Institute, which is located in San Diego, California, is only the most recent applicant for the product that has been around for about at least a decade and has been licensed on and off since that time. In the case of this manufacturer, it has owned Prevoxin since January 2011. At the time of this review, an official website for the manufacturer could not be found. That said, at the same time, there weren’t any reports that could be found suggesting that Prevoxin could be a scam.

Without citing any actual studies, the manufacturer claims that Prevoxin is clinically proven to help the body to generate a larger amount of enzymes that will burn fat, which will make it easier for the body to eliminate excess weight. They also refer to a double-blind study but make no reference to who conducted it, when, on what, and where it was published. They simply said that participants lost over 200 percent more weight when using the pills than those who didn’t. Without any references to the actual study, it is difficult to trust that data.

What are the ingredients in Prevoxin?

The official website claims that the ingredient in this product is 3-acetyl-7-oxo-dehydroepiandrosterone. It is sold in conjunction with a product called LiptoBurn which contains a large number of stimulants, including green tea, guarana, caffeine, oolong tea, and kola nut. This places users at a very high risk of side effects. Studies suggest that combined with moderate exercise and a reduced-calorie diet, 3-acetyl-7-oxo-dehydroepiandrosterone significantly reduces body weight and body fat compared with exercise and a reduced-calorie diet alone.

How should I take Prevoxin?

For Prevoxin on its own, there are 30 capsules in every bottle. It is important for people considering the use of this product to pay attention to the fact that they will need 2 to 4 capsules every day, which means that it will only last 7 to 15 full days. This could mean that the cost of using this product may be considerably higher than expected if that number is not observed in advance.

What are the possible side effects of Prevoxin?

Caffeine-containing supplements like Prevoxin can cause health problems and is particularly dangerous when combined with alcohol. Combining Prevoxin with alcohol tricks you into thinking you’re less impaired than you actually are, which can lead to alcohol poisoning and drunk driving.

If you experience any of the above reactions, stop taking this supplement immediately. This document does not contain all possible side effects and others may occur. Check with your physician for additional information about side effects.

You can watch the Prevoxin advert promoted by the company below. 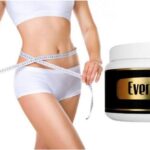 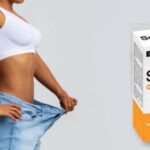 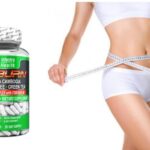 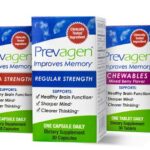 Prevagen: Ingredients, How it works, Side Effects, Reviews
<
Tags
Prevoxin