Anyone who has had chickenpox can later develop shingles. In fact, according to the Centers for Disease Control and Prevention (CDC), an estimated 1 in 3 people in the United States develop shingles during their lifetime.

People can develop shingles if they had chickenpox in the past. This virus can lie dormant for years, and then reactivate as shingles. A person who has not had chickenpox before can get chickenpox through exposure to someone with shingles.

Shingles are most common after the age of 50, but they can appear at any age if a person has previously had chickenpox. Shingles usually affect one side of the body. This is most often the waist, chest, abdomen, or back. Symptoms can also appear on the face and in the eyes, mouth, ears. The virus can also affect some internal organs.

Shingles typically affect a single sensory nerve ganglion near the spinal cord, called a dorsal root ganglion. This is why the symptoms occur in specific areas of the body, rather than all over it. The pain results from nerve involvement, rather than the rash itself.

Symptoms can vary in nature, depending on where on the body they appear. Some people have pain but no rash. Others may have a rash with pain that is accompanied by other symptoms, such as fever, chills, or headache.

Why was Zostavax taken off the market?

Zostavax was initially taken off the market because a study revealed that the vaccine could potentially cause necrotizing retinitis an extremely serious eye disease. As a result, the FDA asked Merck for a label change to warn those taking the Zostavax vaccine.

In November 2020, Zostavax was discontinued in the United States because another vaccine Shingrix appears to prevent more cases of shingles than Zostavax, although side effects seem to be more frequent. Zostavax also is contraindicated for people with weakened immune systems, which may have limited the number of seniors who could receive it. It also requires freezer storage, another reason most doctors don’t stock it.

Shingrix is currently the only shingles vaccine approved by the U.S. Food and Drug Administration (FDA). The Shingrix vaccine is a recombinant vaccine. This means vaccine manufacturers created it by altering and purifying DNA that creates an immune response to fight the virus.

The CDC recommends Shingrix for the prevention of shingles and related complications. The Shingrix vaccine is also recommended for anyone who has already gotten another type of shingles vaccine.

Currently, the CDC recommends healthy people ages 50 and older get the Shingrix vaccine. Doctors administer the vaccine in two doses, which are given 2 to 6 months apart.

The Shingrix vaccine has high success rates in protecting people against shingles.

The Shingrix vaccine is as much as 90 percent effective in preventing shingles. The same is true for Shingrix and postherpetic neuralgia.

People should get the shingles vaccine if they:

No maximum age exists for when a person can get the Shingrix vaccine. 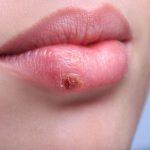 How Long After Taking Valtrex Are You Contagious? 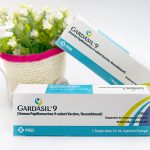 Why Was Gardasil Discontinued? 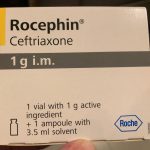 Why Was Rocephin Discontinued? 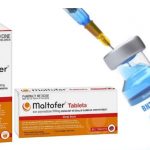 Can I Take Maltofer With Pfizer Vaccine?
<
Tags
Why Was Zostavax Discontinued

Why Was Terramycin Discontinued?

Why Patients are Turning Down Paxlovid and Molnupiravir