For most people, taking a new medication may mean switching up your lifestyle a bit and that includes the foods you eat. A food-drug interaction means that a specific nutrient or compound within the food changes the way your body metabolizes the medication, and this can either enhance or reduce the dose your body gets, according to Johns Hopkins Medicine. The potential results: an increased risk of side effects, many of which can be dangerous, or the drug not working as it was intended. Before introducing a medication, ask your pharmacist about any food and drug interactions, including with alcohol, and any adjustments you may have to make to your diet.

Glutathione, also known as GSH is a substance made from the amino acids glycine, cysteine, and glutamic acid. It is produced by the liver and is involved in many body processes. Glutathione is involved in tissue building and repair, making chemicals and proteins needed in the body, and in immune system function.

Glutathione levels in the body may be reduced by a number of factors, including poor nutrition, environmental toxins, and stress. Its levels also decline with age. In addition to being produced naturally by the body, glutathione can be given intravenously, topically, or as an inhalant. It’s also available as an oral supplement in capsule and liquid form. However, oral ingestion of glutathione may not be as effective as intravenous delivery for some conditions.

How should I use Glutathione?

There is not enough scientific evidence to determine the proper dose of Glutathione. Some suggest that supplementing with N-acetylcysteine (NAC, or whey) may be more effective. Various doses have been studied in research investigating specific medical conditions. The proper dose for you may depend on several factors, including your age, sex, and medical history.

In some cases, healthcare professionals administer glutathione through the use of an IV to treat atherosclerosis, diabetes, Parkinson’s disease, and side effects of chemotherapy.

In general, the standard glutathione dosage per day is 20-40mg per kilogram of body weight for 3 to 6 months. For some conditions, glutathione can also be inhaled and given through a nebulizer. If you’re considering the use of glutathione for a condition, make sure to consult your healthcare provider before starting your supplement regimen. Self-treating a chronic condition and avoiding or delaying standard care may have serious consequences. Taking glutathione long-term has been linked to lower zinc levels. Inhaled glutathione may trigger asthma attacks in people who have asthma.

What to avoid when taking glutathione

There are several foods and drugs you should avoid while taking glutathione, they include:

Taking them with glutathione can affect how the medication works and increase the risk of adverse effects. For example, studies have shown that alcohol abuse, induces a decrease in hepatic glutathione.

Does glutathione break down alcohol?

Glutathione is not involved in alcohol metabolism but rather a powerful antioxidant that’s made in the body’s cells. Its levels decrease as a result of aging, stress, and toxin exposure. Boosting glutathione may provide many health benefits, including the reduction of oxidative stress. At the time of writing, there are no good research studies that have shown glutathione, NAC, or liposomal glutathione to be effective for hangovers.

What are the side effects of glutathione supplements?

Taking glutathione supplements may not be advisable for everyone. Talk to your doctor about glutathione to determine if it’s right for you. Possible side effects may include:

Glutathione supplements may cause other side effects. Call your doctor if you have any unusual problems while taking this medication.

If you experience a serious side effect, you or your doctor may send a report to the Food and Drug Administration’s (FDA) MedWatch Adverse Event Reporting program online or by phone (1-800-332-1088). 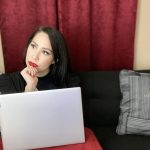 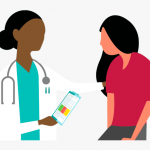 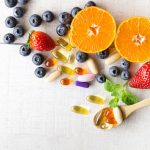 Things to Avoid While Taking Prednisone 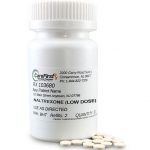 What To Avoid When Taking Naltrexone

What To Avoid When Taking Gleevec (imatinib mesylate)