Menstruation is the shedding of the lining of the uterus (endometrium) accompanied by bleeding. It occurs in approximately monthly cycles throughout a woman’s reproductive life, except during pregnancy. Menstruation starts during puberty (at menarche) and stops permanently at menopause.

By definition, the menstrual cycle begins with the first day of bleeding, which is counted as day 1. The cycle ends just before the next menstrual period. Menstrual cycles normally range from about 25 to 36 days. Only 10 to 15% of women have cycles that are exactly 28 days. Also, in at least 20% of women, cycles are irregular. That is, they are longer or shorter than the normal range. Usually, the cycles vary the most and the intervals between periods are longest in the years immediately after menstruation starts (menarche) and before menopause.

Glutathione, also known as GSH is a substance made from the amino acids glycine, cysteine, and glutamic acid. It is produced by the liver and is involved in many body processes. Glutathione is involved in tissue building and repair, making chemicals and proteins needed in the body, and in immune system function.

Glutathione levels in the body may be reduced by a number of factors, including poor nutrition, environmental toxins, and stress. Its levels also decline with age. In addition to being produced naturally by the body, glutathione can be given intravenously, topically, or as an inhalant. It’s also available as an oral supplement in capsule and liquid form.

Does glutathione affect fertility in women?

Yes, glutathione can improve fertility in both women and men. Glutathione is best known for its natural antioxidant activity that improves sperm health and egg quality through the maintenance of metabolic balance. In females, glutathione protects eggs from damage.

No, although glutathione can help in the regulation of the menstrual cycle in women, there is no scientific evidence to back claims that it causes delays in periods. Glutathione can be very useful in correcting irregular menstruation or period reducing oxidative stress and inflammation which may play a role in treating irregular periods. If you have very light menstrual bleeding, this may be a sign of low estrogen, and evening primrose oil can support a healthy menstrual flow.

A study also shows that glutathione in a premenopausal stage can help women prevent premature ovarian aging. This condition is often characterized by irregular periods, night sweats, and vaginal dryness.

One of the less-known glutathione benefits is menopause relief. Women often experience hot flashes, sleep problems, mood changes, and weight gain during this time due to changes in hormones. However, glutathione has been linked to a decrease in these types of symptoms. 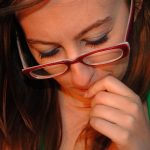 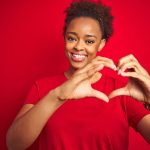 What Are The Side Effects Of Postinor-2 On Menstruation? 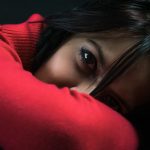 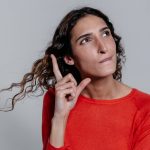 How Long After Taking Progesterone Will I Get My Period?
<
Tags
Can Glutathione Delay Menstruation

Can I Use Biofreeze For Menstrual Cramps?