In medicine, a side effect is an effect, whether therapeutic or adverse, that is secondary to the one intended. Although the term is predominantly employed to describe adverse effects, it can also apply to beneficial, but unintended, consequences of the use of a drug. A long term side effect is a problem that is caused by a disease or treatment of a disease and may continue for months or years.

Developing drugs is a complicated process, because no two people are exactly the same, so even drugs that have virtually no side effects, might be difficult for some people.  Unwanted effects can result from a physician’s advice and from medications or treatments, including complementary and alternative therapies. They can lead to complications.

Reports from clinical trials describe adverse events (AEs) and serious adverse events (SAEs). SAEs include death, birth defects, complications that require hospitalization, or permanent damage. Any medication can have an adverse effect, whether a prescription drug, an over-the-counter (OTC) drug, an alternative, herbal or complementary therapy, or a vitamin supplement.

For a medication to get approval by the United States Food and Drug Administration (FDA), or a similar body in another country, the drug manufacturer has to list all its known adverse effects. Adverse effects must be reported, investigated in human clinical trials, and included in the patient information leaflet (PIL). The PIL accompanies drugs and medical devices when they are sold to the public. The FDA encourage people to report adverse effects to medications.

What is Cymbalta and what does it treat?

Cymbalta is a brand of duloxetine, an antidepressant medication that works in the brain. It is approved for the treatment of major depressive disorder (MDD), generalized anxiety disorder (GAD), diabetic peripheral neuropathic pain (DPNP), fibromyalgia, and chronic musculoskeletal pain.

Symptoms of depression include:

Generalized Anxiety Disorder (GAD) occurs when a person experiences excessive anxiety or worry for at least six months. Other symptoms include:

How Should I Take Cymbalta ?

Cymbalta is usually taken 1 or 2 times per day with or without food.

The dose usually ranges from 20 mg to 120 mg. Only your health care provider can determine the correct dose for you.

The capsule should be swallowed whole. It should not be chewed, crushed, or broken.

Consider using a calendar, pillbox, alarm clock, or cell phone alert to help you remember to take your medication. You may also ask a family member or a friend to remind you or check in with you to be sure you are taking your medication.

What are the most common side effects of Cymbalta?

Headache, nausea, diarrhea, dry mouth, decreased appetite, increased sweating, feeling nervous, restless, fatigued, sleepy or having trouble sleeping (insomnia). These will often improve over the first week or two as you continue to take the medication.

Sexual side effects, such as problems with orgasm or ejaculatory delay, and blood pressure increases often do not improve over time.

There have been rare reports of liver failure (sometimes fatal) with duloxetine. This risk is increased in those with substantial alcohol use or chronic liver disease.

Orthostatic hypotension, or a drop in blood pressure when standing or getting up from sleeping, has been reported in patients taking duloxetine. The risk may be greater in patients also taking medications for high blood pressure.

SNRI antidepressants, including duloxetine, may increase the risk of bleeding events. Combined use of aspirin, nonsteroidal anti-inflammatory drugs (e.g., ibuprofen, naproxen), warfarin, and other anti-coagulants may increase this risk. This may include gums that bleed more easily, nose bleed, or gastrointestinal bleeding. Some cases have been life threatening.

What are the long-term side effects of cymbalta?

Duloxetine is effective, safe, and well tolerated for long-term treatment of major depression at a dose of 80 to 120 mg/day. To date, there are no known problems associated with long term use of duloxetine. It is a safe and effective medication when used as directed. 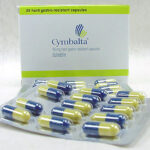 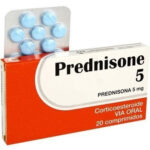 What Are the Short-Term Side Effects of Prednisone? 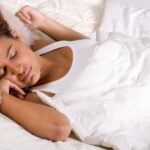 How to Sleep While Taking Cymbalta 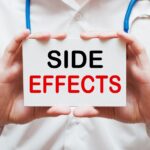 How Often Can You Take Buscapina?