According to the findings of a study published in the European Journal of Cancer Prevention, there is a strong association between vitamin B12 intake and lung cancer risk. Vitamin B12 is an important B vitamin. It is crucial for nerve tissue health, brain function, and the production of red blood cells. Cobalamin is another name for vitamin B12. Vitamin B12 is a water-soluble vitamin, like all other B vitamins. This means it can dissolve in water and travel through the bloodstream. The body can store vitamin B12 for up to 4 years, and it can get rid of any excess or unwanted vitamin B12 in the urine.

Vitamin B12 is the largest and most structurally complicated vitamin. It occurs naturally in animal products like meat and eggs, and manufacturers can produce it through bacterial fermentation synthesis.

A deficiency or insufficiency can occur when levels of vitamin B12 become too low to meet the demands of the body. This can lead to a number of symptoms and can even progress to irreversible neurological issues if left untreated.

In the United States and the United Kingdom, approximately 6% of adults aged 60 or younger have vitamin B12 deficiency. The rate jumps to 20% in people older than 60. Some people may need to supplement with B12 if they become deficient, but supplementation can pose risks as you can take too much.

What did the research say?

The researchers in the study noted that “previous epidemiological studies reported associations between dietary vitamin B12 intake and lung cancer risk, more studies are warranted to clarify this association in different populations”.

To plug this gap, researchers examined the association between dietary B12 intake and lung cancer risk in the Singapore Chinese Health Study.

The study participants were followed up for incidence of lung cancer for up to 25 years.

What did the researchers find out?

“This positive association was more apparent in men than in women, in adenocarcinoma [a type of cancer in the glands] patients, or in participants with equal or less than two years follow-up than those with longer duration of follow-up,” the researchers wrote.

The latest study follows a number of studies linking B12 supplementation to cancer risk.

A 2009 study published in The Journal of the American Medical Association found Folic acid and B12 supplementation were associated with a 21 percent increased risk for cancer.

To arrive at this conclusion, researchers analyzed data from two studies that included almost 7,000 heart patients treated with B vitamin supplements or placebo for an average of three and one-half years between 1998 and 2005.

Other studies have not identified an association between B12 supplementation and cancer risk.

It also found B supplementation to be associated with a lower risk of skin melanoma but has no effect on other cancers.

Lung cancer occurs when cells divide in the lungs uncontrollably. This causes tumors to grow. These can reduce a person’s ability to breathe and spread to other parts of the body. Lung cancer is the third most common cancer and the main cause of cancer-related death in the United States. It is most common in males, and in the U.S., Black males are around 15% more likely to develop it than white males.

Signs and symptoms of lung cancer may include:

When to see a doctor

Make an appointment with your doctor if you have any persistent signs or symptoms that worry you. 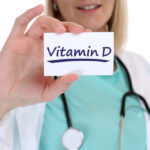 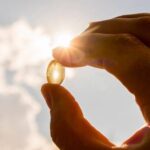 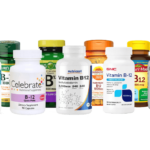 How Much Vitamin B12 Is Safe To Take Daily? 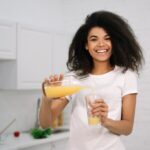 Can I Take Vitamin C At Night?
<
Tags
vitamin B12 intake and lung cancer risk

Drug Recall: Types, Reasons, What To Do, Recall Vs Withdrawal