Practical Pain Management has revealed why the conversion to and from buprenorphine was removed from its online opioid conversion calculator. The full statement posted on its website is reproduced below:

While the original launch of the free PPM online opioid calculator in 2012 did not include any conversions to or from buprenorphine due to its complex pharmacology and pharmacokinetics (see below), these conversions were eventually added as several clinicians requested access to the calculation data in order to transition patients to a safer opioid alternative.

Unlike full agonist opioids, buprenorphine has a ceiling, or plateaued, effect on CO2 accumulation. It is important to note that the addition of buprenorphine, including transdermal patches and buccal films, to this calculator came with a preprogrammed conversion ceiling and a warning that conversions to or from buprenorphine could not be recommended. For example, if a user asked to convert morphine 80 mg orally to buprenorphine film (Belbuca), they would receive a warning “Result exceeds maximum daily dose. Patients on morphine 80 mg PO (or equivalent) or higher, must not receive Buprenorphine (BF) due to possible opioid withdrawal risk.”

Fast-forward to the contemporary opioid environment of 2018-2019, where ubiquitous state and federal policies and guidelines continue to push for safer alternatives. In addition to the 2016 CDC Guideline for Prescribing Opioids for Chronic Pain, which cautions clinicians about morphine equivalent doses (MEDs), a new 2019 CMS rule will implement soft and hard edits at 90 MEDs and 200 MEDs, respectively. Neither the CDC nor Medicare cites buprenorphine as having an MED.

Therefore, buprenorphine has been removed from the online calculator due to the following factors:

With this change, it is hoped that clinicians may recognize the unique attributes of buprenorphine and see it as a valuable option that does not have a calculable MED by acceptable guidelines.

The complexities of buprenorphine

From a practical perspective, buprenorphine cannot have a linear conversion to/from morphine (or an equivalent) because of its complex pharmacology and pharmacokinetics, including: 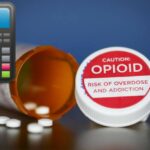 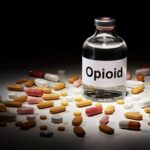 How to Calculate Opioid Conversions 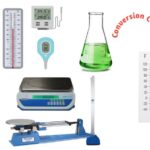 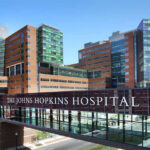