Drugs and food can alter the levels of glucose in your blood. When you eat foods that contain carbohydrates, the digestion process turns them into sugars. These sugars are released into the blood and transported to the cells. The pancreas, a small organ in the abdomen, releases a hormone called insulin to meet the sugar at the cell.

High blood sugar medically known as hyperglycemia is used to describe an abnormally high blood glucose (blood sugar) level. Blood sugar is measured in a sample of blood taken from a vein or from a small finger stick sample of blood. It can be measured in a laboratory either alone or with other blood tests, or it can be measured using a handheld glucometer, a small device that allows frequent monitoring of blood glucose levels without the need for a doctor’s office or laboratory. Hyperglycemia or high blood sugar is a hallmark sign of diabetes (both type 1 diabetes and type 2 diabetes) and prediabetes.

Fasting blood glucose level and what they mean

*Values between 50 and 70 are often seen in healthy people

**The condition of “prediabetes” puts you at risk for developing Type 2 diabetes, high blood pressure, and blood lipid disorders

Random blood sugar test. A blood sample will be taken at a random time. Regardless of when you last ate, a blood sugar level of 200 milligrams per deciliter (mg/dL) — 11.1 millimoles per liter (mmol/L) — or higher suggests diabetes.

According to the American Diabetes Association, 86 million people in the U.S. have this condition, which can lead to diabetes if you don’t make healthy lifestyle changes that your doctor recommends. It also raises the risk for heart disease, although not as much as diabetes does. It’s possible to keep prediabetes from becoming diabetes with diet and exercise.

Can drugs make your sugar high?

Yes, several drugs can cause spike in blood sugar levels. Medicines you get with a prescription and some that you buy over the counter (OTC) can be a problem for people who need to control their blood sugar.

What are the list of drugs that raise blood sugar?

Prescription medicines and over the counter medications that can raise your sugar or glucose include:

Antibiotics: Antibiotics are among the most frequently prescribed medications in modern medicine. Antibiotics cure disease by killing or injuring bacteria. The fluoroquinolones, may be more likely to cause serious swings in your blood sugars. Examples of antibiotics that raise blood sugar include: Dapsone, Rifampin, Gatifloxacin, levofloxacin and ciprofloxacin.

Antidepressants: Antidepressants are medications used to treat major depressive disorder, some anxiety disorders, some chronic pain conditions, and to help manage some addictions. Studies have shown that treatment with antidepressant drugs can directly interfere with blood glucose levels or may interact with hypoglycemic agents. Examples of antidepressants that raise blood sugar include: Zyprexa, risperdal, Clozaril, Seroquel, Abilify, Geodon and lithium

Beta-2 stimulators: Beta2 agonists, by decreasing muscle tone in both small and large airways in the lungs, increase ventilation. They are primarily used to treat asthma and other pulmonary disorders, such as Chronic obstructive pulmonary disease (COPD). Studies have shown that mechanisms, such as increased glucagon secretion and hepatic effects, cause an overall increase in serum glucose and an apparent decrease in insulin sensitivity. Examples of Beta-2 stimulators that raise blood sugar include: Proventil, Alupent, Serevent, Foradil, Brethine and Theo-Dur.

Caffeine: Caffeine is a central nervous system stimulant of the methylxanthine class. It is the world’s most widely consumed psychoactive drug. After meals, your blood sugar rises higher than normal. Caffeine may make it tougher to bring it down to a healthy point. This may lead to too-high blood sugar levels. Over time, this may raise your chance of diabetes complications, like nerve damage or heart disease.

Corticosteroids: Corticosteroids are man-made drugs that closely resemble cortisol, a hormone that your adrenal glands produce naturally. Corticosteroids are often referred to by the shortened term “steroids.” One of the side effects of oral corticosteroids is that they can increase blood glucose levels and increase insulin resistance, which can lead to type 2 diabetes. Examples of Corticosteroids that raise blood sugar include: Prednisone, Decadron and DepoMedrol.

Dilantin: Phenytoin, sold under the brand name Dilantin among others, is an anti-seizure medication. It is useful for the prevention of tonic-clonic seizures and focal seizures, but not absence seizures. Research has shown that phenytoin interferes with carbohydrate metabolism. It may inhibit the release of glucose stimulated insulin and induce a consequent hyperglycaemia.

Nicotine (smoking and patches): Nicotine is a chiral alkaloid that is naturally produced in the nightshade family of plants and is widely used recreationally as a stimulant and anxiolytic. As a pharmaceutical drug, it is used for smoking cessation to relieve withdrawal symptoms. Insulin helps blood sugar enter cells, but nicotine changes cells so they don’t respond to insulin, which increases blood sugar levels.

Estrogens (Premarin, hormone replacement therapy): Estrogens are a group of hormones that play an important role in the normal sexual and reproductive development in women. They are also sex hormones. The hormones estrogen and progesterone affect how your cells respond to insulin. After menopause, changes in your hormone levels can trigger fluctuations in your blood sugar level. In addition, medications like Estradiol topical may interfere with blood glucose control and reduce the effectiveness of metformin and other diabetic medications.

Niacin or nicotinic acid: Niacin, also known as nicotinic acid, is an organic compound and a form of vitamin B₃, an essential human nutrient. One potentially important side effect known to occur on niacin is a rise in glucose levels in those with diabetes.

Protease inhibitors: Protease inhibitors are synthetic drugs that inhibit the action of HIV-1 protease, an enzyme that cleaves two precursor proteins into smaller fragments. These fragments are needed for viral growth, infectivity and replication. Examples include: ritonavir etc-AIDS drugs.

How Do You Decide What to Take?

According to WebMD, even though these medicines can raise your blood sugar, it doesn’t mean that you shouldn’t take them if you need them. The most important thing is to work with your doctor on the right way to use them.

If you have diabetes or you’re watching your blood sugar, ask your doctor before you take new medicines or change any medicines, even if it’s just something for a cough or cold. (Remember, just being sick can raise your blood sugar.) 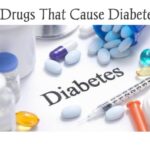 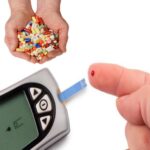 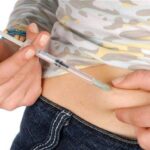 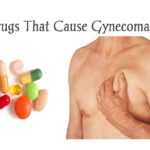 Are Bleaching Pills Safe to Use?