On November 29, 2016, Atlanta-area realtor Jennifer Bryant Hodge spent the evening grieving with family over the loss of her nephew-in-law, and remembering her brother, who had died of an overdose exactly 17 years earlier. Hodge came home to find her 23-year-old son Robbie collapsed in the bathroom. He was not breathing. EMTs rushed Robbie to the hospital, where he was declared brain dead.

Hodge presumed her son had overdosed on heroin. “Everyone else was dying from heroin,” she said, “and I had no reason to believe it wasn’t heroin.” Toxicology results, however, showed that he had died of an overdose of benzodiazepines, a class of anti-anxiety drugs that includes Xanax, Klonopin, Valium and Ativan. Robbie, shaken by the news of his cousin-in-law’s death, had taken one counterfeit Xanax he got from a friend, with tragic consequences.

After reading the report, Hodge found four Xanax sitting in her kitchen cabinet and sent them to the Georgia Bureau of Investigations for testing. They were a match for the drugs that killed her son. Hodge was chilled to realize that her daughter Ashleigh had asked her for one of those pills, presuming they were real Xanax, after Robbie’s funeral, to relieve her anxiety.

Two years earlier, Jennifer and Robbie began building Realty4Rehab (R4R), a non-profit raising funds for addiction recovery as a way to pay forward a generous scholarship Robbie had received for OxyContin addiction treatment years earlier. Robbie’s commitment and faith sustained him through the challenges of growing the non-profit. “Mom, God’s GOT THIS,” he told her. “It is going to be huge.”

Robbie was “one of the most giving, caring, loving people you’ll ever meet,” Hodge says. “The stories that came out after his death were amazing…He got a lot of people off drugs…that was something that really took me by surprise. He left behind four years of journaling…in one of his journals he said, “It’s not about the things that you do that are great, that you tell people about, it’s about doing things that are great and never saying a word.” 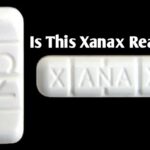 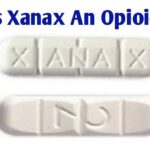 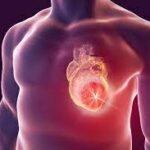 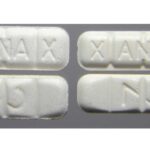