Methicillin-resistant Staphylococcus aureus (MRSA) infection is caused by a type of staph bacteria that’s become resistant to many of the antibiotics used to treat ordinary staph infections.

Most MRSA infections occur in people who’ve been in hospitals or other health care settings, such as nursing homes and dialysis centers. When it occurs in these settings, it’s known as healthcare-associated MRSA (HA-MRSA). HA-MRSA infections usually are associated with invasive procedures or devices, such as surgeries, intravenous tubing, or artificial joints. HA-MRSA can be spread by health care workers touching people with unclean hands or people touching unclean surfaces.

Another type of MRSA infection has occurred in the wider community — among healthy people. This form, community-associated MRSA (CA-MRSA), often begins as a painful skin boil. It’s usually spread by skin-to-skin contact. At-risk populations include groups such as high school wrestlers, childcare workers and people who live in crowded conditions.

MRSA was first discovered in 1961. The prevalence of methicillin-resistant Staphylococcus aureus (MRSA) in the United States continues to increase, with more than 94,000 cases of invasive disease reported in 2005 alone. Illnesses caused by MRSA include skin and soft-tissue infections, bacteremia and endocarditis, pneumonia, bone, and joint infections, central nervous system disease, and toxic shock and sepsis syndromes.

MRSA is now resistant to methicillin, amoxicillin, penicillin, oxacillin, and other common antibiotics known as cephalosporins. While some antibiotics still work, MRSA is constantly adapting. Researchers developing new antibiotics are having a tough time keeping up.

What are the symptoms of MRSA?

MRSA symptoms can vary depending on the type of infection.

HA-MRSA is generally more likely to cause serious complications, such as pneumonia, urinary tract infections (UTIs), and the blood infection sepsis. It’s important to see your doctor right away if you notice any of the following symptoms:

CA-MRSA usually causes skin infections. Areas that have increased body hair, such as the armpits or back of the neck, are more likely to be infected.

Areas that have been cut, scratched, or rubbed are also vulnerable to infection because your biggest barrier to germs — your skin — has been damaged.

The infection usually causes a swollen, painful bump to form on the skin. The bump may resemble a spider bite or pimple. It often has a yellow or white center and a central head.

Sometimes an infected area is surrounded by an area of redness and warmth, known as cellulitis. Pus and other fluids may drain from the affected area. Some people also experience a fever.

Is Doxycycline good for MRSA?

Alternative agents that may be used for second-line or salvage therapy include telavancin, ceftaroline, and linezolid.

How fast does doxycycline work for MRSA?

Doxycycline works somewhat differently from other antibiotics, and its potency is determined by dosage and course of treatment. Following oral administration, it is almost completely absorbed. Peak concentrations are reached within two to three hours after dosing; however, it may take up to 48 hours before MRSA-related symptoms start to abate.

What is the dose of doxycycline for MRSA?

The dose of doxycycline for infections is as follows:

Children weighing less than 45 kg with severe or life threatening infections: Dose is based on body weight and must be determined by your doctor. The dose is usually 2.2 mg per kg of body weight taken every 12 hours.

Children up to 8 years of age: Use and dose must be determined by your doctor. 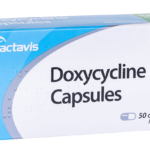 What Is Doxycycline Used For? 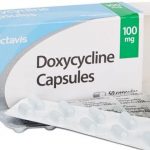 How Long Does Doxycycline Stay In Your System? 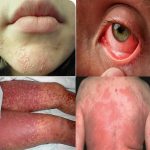 Photos of Allergic Reaction to Doxycycline 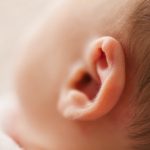 How Effective Is Cefdinir For Ear Infection?
<
Tags
Doxycycline for MRSA

What Is The Difference Between Regular Tylenol And Tylenol Arthritis?

When Is The Best Time To Take Amlodipine 5 mg?