Numerous studies have shown that a variety of teas may boost your immune system, fight off inflammation, and even ward off cancer and heart disease. While some brews provide more health advantages than others, there’s plenty of evidence that regularly drinking tea can have a lasting impact on your wellness.

However, reports say the puzzling case of a 56-year-old U.S. man who suddenly developed weakness, fatigue, and body aches are leading doctors to warn that massive consumption of tea may be responsible for some unexplained cases of kidney failure.

It’s being called iced-tea nephropathy by the New England Journal of Medicine, which published a letter describing the case. The source of the problem was an excessive amount of oxalate, a compound found in many foods. Too much of it can also lead to kidney stones.

What is Chamomile tea?

Chamomile tea is a popular beverage that also offers a variety of health benefits. Chamomile is an herb that comes from the daisy-like flowers of the Asteraceae plant family. It has been consumed for centuries as a natural remedy for several health conditions.

Chamomile has been used in many cultures for stomach ailments and as a mild sedative. A study published in the Journal of Advanced Nursing found that new moms who drank chamomile tea every day for two weeks slept better (though they weren’t able to determine if the effects lasted long-term). Another small study published in the Journal of Education and Health Promotion found that elderly patients who took chamomile extract slept significantly better than those who didn’t. The thought is that a flavonoid found in chamomile, apigenin, binds to receptors in the brain that may help someone become sleepy.

Some studies, primarily using combinations of chamomile with other plants, show it may have health benefits. However, as with any combination product, it is hard to say that a benefit comes from any one plant.

One product with chamomile and other herbal medicines has been shown to ease upset stomach, heartburn, nausea, and vomiting. Another mixture with chamomile seems to help colicky babies.

A mouth rinse with chamomile might relieve mouth sores caused by cancer treatments. Some research suggests that chamomile could help with other conditions, like diarrhea in children, hemorrhoids, anxiety, and insomnia. When used on the skin, chamomile might help with skin irritation and wound healing. Some research has documented that it may be as effective as hydrocortisone cream for eczema.

How to take chamomile tea?

To make chamomile tea, the flowers are dried and then infused into hot water. Many people enjoy chamomile tea as a caffeine-free alternative to black or green tea and for its earthy, somewhat sweet taste. Some people drink one to four cups daily. Chamomile tea can be consumed at any time of the day. To get the maximum benefits of chamomile tea and for it to aid in sleeping, it is best to consume it at night before sleeping. If you are diabetic, you could try having a cup of chamomile tea after your meals.

Is chamomile tea good for kidneys?

According to a new study, published in the Journal of Agricultural and Food Chemistry, chamomile, also known as manzanilla, in Japan can reduce sorbitol, levels in diabetic patients and reduce the risk of complications due to osmotic damage and increased risk to the kidneys.

In addition, chamomile tea contains sesquiterpene lactone which helps the liver clear its detoxification pathways and allows the body to effectively deal with the smooth functioning of the detoxification process.

Does chamomile tea have oxalates?

Yes, but chamomile tea is low in oxalates (0.4-0.67 mg per cup) making it safe to drink even if you’re on a low-oxalate diet. If you’re at risk for kidney stones, sources suggest consuming less than 100 milligrams a day. Doctors may also recommend “low-oxalate diets” of less than 50 milligrams daily for some people. The ability of tea to cause kidney stones depends on the type of tea and the level of oxalate it contains.

Can I drink chamomile tea with kidney stones?

Yes, you can drink chamomile tea if you’re at risk for kidney stones because it is low in oxalates. Other medicinal teas that are usually safe to drink for those with kidney problems include peppermint and rooibos teas.

What other important safety information do I need to know about chamomile tea?

Side effects are uncommon and may include:

Rare cases of anaphylaxis (a life-threatening allergic reaction) have occurred in people who consumed or came into contact with chamomile products.

People are more likely to experience allergic reactions to chamomile if they’re allergic to related plants such as ragweed, chrysanthemums, marigolds, or daisies.

Interactions between chamomile tea and cyclosporine (a drug used to prevent rejection of organ transplants) and warfarin (a blood thinner) have been reported, and there are theoretical reasons to suspect that chamomile might interact with other drugs as well. Talk to your health care provider before taking chamomile if you’re taking any type of medicine.

Take charge of your health—talk with your health care providers about any complementary health approaches you use. Together, you can make shared, well-informed decisions on chamomile tea.

Is Chamomile Tea Safe During Pregnancy? 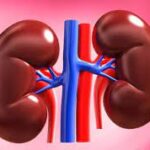 Is Erythritol Safe For Kidneys? 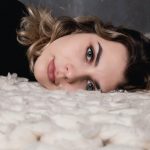 How Much Theanine Can You Take For Sleep? 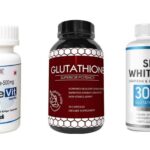 Are Bleaching Pills Safe to Use?
<
Tags
Is Chamomile Tea Good For Kidneys

Is Chamomile Tea Safe During Pregnancy?

Does Tylenol Make You Sleepy?