A Google search for Xanax, Ativan, Adderall, or Ambien will turn up hundreds of websites offering these powerful drugs without a prescription. Drug safety and quality no longer begin or end at our border. The U.S. government works with foreign regulatory counterparts when possible to disrupt or close illegal operations involving the production and distribution of counterfeits.

Farmapram is a brand of alprazolam (Xanax) in Mexico produced by Ifa Celtics. It is used for the short-term relief of symptoms of anxiety or anxiety linked with depression. Farmapram is classified as a Schedule IV controlled substance.

Farmapram works by attaching to a receptor in your brain called the GABA-A (gamma-aminobutyric acid-A) receptor. When Alprazolam binds to this receptor, it has a calming effect on the brain. For anxiety disorders, Farmapramis often prescribed because it can help relieve anxiety symptoms quickly. However, other anxiety medications and talk therapy are better long-term choices for treating anxiety because Farmapram has side effects, risk of overdose, and the potential for dependence.

These other treatments may take a few weeks to take effect though. So Farmapram and other benzodiazepines are sometimes used as a “bridge” until other treatments can have a chance to work. For treating insomnia and behavioral therapy, other medications are generally preferred over Alprazolam.

There has been a proliferation of fake and adulterated Farmapram pills that mimics the original pills. Drug dealers are also producing fake 2mg dark white Farmapram laced with Fentanyl. This is because it takes very little to produce a high with fentanyl, making it a cheaper option. This is especially risky when people taking drugs don’t realize they might contain fentanyl as a cheap but dangerous additive. They might be taking stronger opioids than their bodies are used to and can be more likely to overdose.

Fentanyl is a powerful synthetic opioid that is similar to morphine but is 50 to 100 times more potent. Mortalities due to fentanyl derivatives are on the rise with novel fentanyl analogs wreaking havoc on a global scale. They are highly potent and very fatal in low doses. According to the CDC, nearly 841,000 people have died since 1999 from a drug overdose. In 2019, 70,630 drug overdose deaths occurred in the United States. The age-adjusted rate of overdose deaths increased by over 4% from 2018 (20.7 per 100,000) to 2019 (21.6 per 100,000). The identification of a range of different drugs within counterfeit benzodiazepine tablets has also been widely reported.

In their latest report on fake online pharmacies that ply their trade in the United States, the National Association of Boards of Pharmacy (NABP) found more than 1,500 new websites that it considers “Not Recommended,” and of these, 31% are offering illicit prescription drugs. Studies have shown that poor quality medicines represent a global threat to public health that can result in treatment ineffectiveness, drug resistance, increased morbidity and mortality rate, economic loss, and problems to the healthcare system.

As a consumer, you may not have access to most of the test equipment used by regulatory bodies to verify the identity of a drug product. The following tips will serve as a guide to purchasing a real Farmapram pill and NOT a fake Farmapram press sold by drug cartels;

Visual inspection of the Farmapram Packaging

•        Excessive powder and/or pieces of tablets at the bottom of the container (from abraded, crushed, or broken tablets).

•        Cracks or chips in the tablets, swelling, mottling, discoloration, the fusion of tablets.

The source of the drug also determines if you are buying a fake Farmapram bar or not. Buying Farmapram bars from Mexican cartels exposes you to a lot of risks. Filling your prescription in a reputable pharmacy greatly reduces your chances of buying fake drugs while buying from illiterate and unqualified vendors who hawk drugs in buses, motor parks, and the streets increases your chances of buying fake drugs.

This is another way of identifying fake Farmapram bars. If the price is far cheaper than what is expected, then you have to think twice. However, this may not always be true, especially for some products (fake innovator/generic brands) which may be sold at the same price as the genuine ones.

An unexpected side effect of the Farmapram pill

Counterfeit Farmapram bars most of the time contain substances other than the appropriate Active Pharmaceutical Ingredient (API). They may contain incorrect substances, improper dosage, or hazardous substances like Fentanyl which produce unusual side effects, and worsening medical conditions after taking it. The medication should be stopped once any of the above is noticed.

Fentanyl testing is one of the most reliable ways of telling a fake from a real Farmapram bar. A new University of Maryland study found fentanyl tops the list of drugs detected in overdose patients at two Baltimore hospital emergency departments. The finding suggests that hospitals and medical systems throughout the United States consider adding fentanyl, a potent synthetic opioid linked to most fatal overdoses in Maryland, to their routine drug testing panels. That is the conclusion of researchers at the University Of Maryland School Of Medicine (UMSOM) and the Center for Substance Abuse. 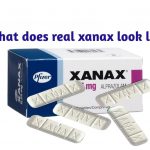 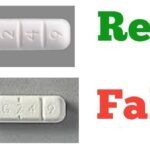 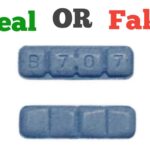 How Does Ativan Make You Feel?

What is the right Farmapram dose?