Suboxone, a combination medication containing buprenorphine and naloxone, is one of the main medications used to treat opioid addiction. Using ‘medications for opioid use disorder’ is known as MOUD. The use of MOUD has been shown to lower the risk of fatal overdoses by approximately 50%. It also reduces the risk of nonfatal overdoses which are traumatic and medically dangerous.

Suboxone works by tightly binding to the same receptors in the brain as other opiates, such as heroin, morphine, and oxycodone. By doing so, Suboxone blocks intoxication with these other drugs, prevents cravings, and it allows many people to transition back from a life of addiction to a life of normalcy and safety.

Suboxone comes as an oral film that’s placed under your tongue (sublingual) or between your gums and cheek (buccal). The film dissolves in your mouth.

Studies show that Suboxone is effective for reducing opioid misuse. It’s also effective for keeping people with opioid dependence in treatment over a period of 24 weeks. (How well a drug such as Suboxone performs is partly assessed based on how long people stay in treatment.)  Suboxone is a controlled substance. It’s classified as a schedule three (III) prescription drug. This means that it has an accepted medical use, but it may cause physical or psychological dependence and may be abused.

How to use Suboxone

What is the Suboxone spit trick?

There has been an ongoing debate as to whether to spit or swallow Suboxone saliva. Generally, Suboxone leaves a chalky bad-tasting saliva residue in the mouth after the film is dissolved this can be very uncomfortable for many people.

The Suboxone spit trick involves spitting out Suboxone saliva after the film/tab is completely dissolved rinsing and spitting out again. The best and most effective way to take Suboxone film or tablets is by following the “Rule of 15”: Do NOT smoke, eat or drink for 15 minutes before taking Suboxone; let it dissolve under your tongue for at least 15 minutes; and, do not smoke, eat or drink for 15 minutes after taking Suboxone. Also, while Suboxone dissolves under your tongue, try to refrain from talking to maximize its absorption. Suboxone is absorbed beneath your tongue, so it’s perfectly fine to spit afterward. Suboxone bad after taste can also be addressed by having a mint or drinking a cup of coffee or tea afterward.

Do you swallow your spit when taking Suboxone?

Swallowing saliva because it has a medicine taste, hoping to get an extra kick from the drug, is probably not healthy behavior. The manufacturers of Suboxone make it clear that the administration of the film is complete when the medication is fully dissolved. If they wanted patients to attempt to get extra micrograms of buprenorphine by swallowing the remaining saliva, they would have included that in the instructions.

Anecdotal evidence from some online forums claims that spitting out the saliva remaining after Suboxone is fully dissolved does help with constipation and other side effects. If this does work, it is an issue that can be carefully studied by addiction treatment experts and properly documented. However, there is currently no scientific evidence to back up these claims. 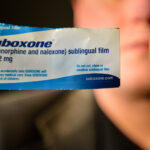 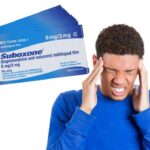 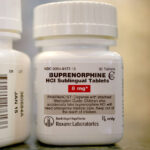 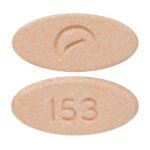 Rivotril Galenika 2mg vs Roche Which is Stronger?