DMT, chemically known as N, N, Dimethyltryptamine is a powerful hallucinogenic drug found in several plants that can be smoked, snorted or mixed with ayahuasca. DMT was first found to be psychedelic by the Hungarian chemist Stephen Szára in the 1950s. In the 60s, it was discovered in the human body, with research suggesting it is synthesized in lungs and the pineal gland in the brain. It is now believed to be widespread throughout the natural kingdom, in thousands of plants, and in every mammal that has been investigated so far.

Studies indicate that DMT works by partially blocking the discriminative stimulus effects of phencyclidine, which produces hallucinations through its actions at NMDA receptors. DMT is capable of producing experiences that, in intensity, surpass those associated with standard doses of most orally administered psychedelics and indeed most other categories of psychoactive drugs.

DMT has a very strong and unusual smell and taste which people have likened to burnt plastic and new shoes.

The subjective effects of DMT have a rapid onset and are characterized by unusually vivid visual imagery and somatic effects, which arise within seconds of the injection. At high doses, the experience rapidly progresses into a deep and profound immersion – sometimes described as a ‘breakthrough’. This experience is often characterized by a sense of entering into an entirely ‘other’ but no less ‘real’ world or dimension.

DMT stimulates the production of serotonin, a neurotransmitter that causes feelings of happiness. DMT causes users to experience intense euphoria, hallucinations, and new perceptions of reality which people often characterize as life-changing. A DMT trip can begin instantly and generally lasts less than an hour when users smoke the drug. Users who drink DMT as a brew often begin to experience hallucinations that last for four to six hours after about thirty minutes. Some users report mild lingering effects that last for several days.

Side effects of DMT

In comparison to other psychedelic drugs, such as LSD, ketamine, and magic mushrooms, recreational users of DMT consider it to have the lowest side effect profile.

According to the DEA, the American Psychiatric Association (APA), and academic sources, such as the book The Neuropathology of Drug Addictions and Substance Misuse Volume 2 Possible side effects of DMT can include:

It is important to note that although the effects of LSD can last up to 12 hours or more, DMT side effects may only persist for several minutes to a few hours, depending on the amount and how the drug is taken. 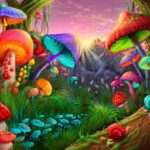 What is DMT The Spirit Molecule?

How Long Does It Take To Withdraw From Drugs?