Diltiazem is a calcium channel blocker that slows your heart rate and relaxes your blood vessels. This gets more oxygen to the heart so it doesn’t have to work as hard to pump, which relieves chest pain.

Diltiazem works by relaxing the blood vessels in your heart and body. This reduces your blood pressure. This drug also lowers your heart rate and dilates your coronary arteries. This means that your heart doesn’t have to work as hard to pump blood throughout your body. These effects, combined with lowering your blood pressure, help to reduce your chest pain.

How should Diltiazem be used?

Diltiazem is taken four times a day. The total amount in a day typically ranges from 180–360 mg.

Follow the directions on your prescription label carefully, and ask your doctor or pharmacist to explain any part you do not understand. Take diltiazem exactly as directed. Do not take more or less of it or take it more often than prescribed by your doctor.

Swallow the extended-release capsules and tablets whole; do not chew or crush them.

If taken regularly, diltiazem may control chest pain, but it does not stop chest pain once it starts. Your doctor may give you a different medication to take when you have chest pain.

Diltiazem controls high blood pressure and chest pain (angina) but does not cure them. It may take up to 2 weeks before you feel the full benefit of diltiazem. Continue to take diltiazem even if you feel well. Do not stop taking diltiazem without talking to your doctor.

How long does diltiazem stay in your system?

•        Amount: The higher the dose of Diltiazem you have been taking, the longer Diltiazem will take to be removed from your system.

•        Genetics: Genes predispose people to different metabolic functions, which is a key factor in how your body processes medications like Diltiazem. For this reason, your genetic makeup comes into play when estimating how long Diltiazem will remain in your system.

•        Kidney and liver functions: The liver and kidneys eliminate everything you ingest, and Diltiazem is no exception. If your liver or kidneys are damaged, it will most likely take longer for your body to remove the Diltiazem from your system.

•        Metabolism: Your metabolism determines how quickly you process foods, liquids, and drugs such as Diltiazem. If your metabolism is slow, it will take longer for your body to process and eliminate Diltiazem from its system than someone with a fast metabolism.

Diltiazem is well absorbed from the gastrointestinal tract and is subject to an extensive first-pass effect, giving an absolute bioavailability (compared to intravenous administration) of about 40%. Diltiazem undergoes extensive metabolism in which only 2% to 4% of the unchanged drug appears in the urine.

Single oral doses of 30 to 120 mg of Diltiazem result in detectable plasma levels within 30 to 60 minutes and peak plasma levels 2 to 4 hours after drug administration.

The half-life of a drug is the time it takes for the amount of a drug’s active substance in your body to reduce by half. This depends on how the body processes and gets rid of the drug. It can vary from a few hours to a few days, or sometimes weeks.  About 94 to 97% of a drug will have been eliminated after 4 to 5 half-lives. Thus, it follows that after 4 to 5 half-lives, the plasma concentrations of a given drug will be below a clinically relevant concentration and thus will be considered eliminated. It takes about 17 hours for a single dose of diltiazem to be eliminated from your system.

Certain foods and medications can affect the removal of diltiazem from your body, which may affect how this medication works, they include cimetidine, St. John’s wort, azole antifungals such as ketoconazole, macrolide antibiotics such as erythromycin, rifamycins including rifabutin and rifampin. 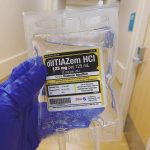 Diltiazem: How it works, Uses, Dosage, Side Effects, FAQs 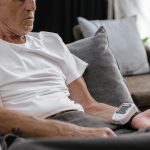 What Are The Side Effects Of Diltiazem? 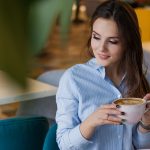 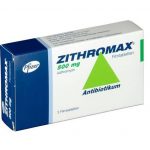