Adderall, the Peach Round dp 3 0 Pill and Mydayis are combination drug containing four salts of amphetamine. The mixture is composed of equal parts racemic amphetamine and dextroamphetamine, which produces a ratio between dextroamphetamine and levoamphetamine, the two enantiomers of amphetamine. Adderall works by increasing dopamine and norepinephrine levels in the central nervous system. Norepinephrine affects how the brain responds to events, particularly how it pays attention and the speed at which it reacts to outside stimuli. Dopamine, the body’s “feel good” chemical, creates a rewarding effect. Although dopamine occurs naturally, drugs like Adderall produce unnaturally high levels of it. This can cause users to come back for more.

For people diagnosed with attention-deficit hyperactivity disorder (ADHD), Adderall helps to improve concentration and focus. As a central nervous system stimulant, it can also have the very same effects on people without ADHD.

If you take Adderall for ADHD, or for other purposes, it’s important to be aware of the side effects. Effects can be positive when Adderall is taken as intended, but for people without ADHD who use the drug without medical supervision, the effects can be dangerous. Learn more about the range of effects this stimulant has on your body. Adderall is an amphetamine, categorized by the United States Drug Enforcement Agency (DEA) as a Schedule II controlled substance, meaning that the risk of addiction or potential for abuse is high.

When taken at typical doses for conditions such as ADHD, Adderall doesn’t usually cause a feeling of being high. Some people who take Adderall may experience feelings of being energetic, focused, excited, or self-confident. Feelings of euphoria also sometimes occur. These effects are more likely when the medication is misused or abused.

No, studies have shown that ADHD drugs like Adderall and Ritalin do not improve academic performance in teens who don’t have ADHD. In fact, there is no evidence  that ADHD drugs improve grades even in those who do have ADHD, they only help people manage their symptoms effectively. The tablets and capsules are widely known by high school and college students as “study buddies” or “smart drugs.” They are commonly used to help students stay awake and pull all-nighters, cramming for tests or writing lengthy exam papers. Adderall can stay active in the bloodstream for four to six hours, and an extended-release capsule can last up to 12 hours. It’s no surprise that, according to the National Center for Health Research, nearly 75 percent of prescription stimulant abuse happens on high school and college campuses. What is a surprise to some students, though, is that these so-called study drugs can actually undermine academic performance.

It’s important to remember that even though many people may take Adderall without a prescription, a study of 175 college students found that only two percent thought Adderall was “very dangerous”, it’s still a powerful stimulant.

Stimulants can be addictive, and it’s possible to become dependent on them if your dosage isn’t monitored by a medical professional. Talk to your doctor if you’re experiencing any side effects from Adderall. They’ll be able to help adjust your dosage or suggest alternative remedies for your concerns.

What are the side effects of Adderall?

Like most drugs, Adderall can also cause side effects even when taken as prescribed. This drug causes different side effects in different age groups.

In children 6 to 12 years old, side effects may include:

In teens, the most common side effects include:

Side effects in adults may include:

How Can I Safely Withdraw from Adderall?

Adderall withdrawal can cause an intense crash, especially for individuals who attempt to quit “cold turkey.” There’s a reason physicians begin with a low dosage when prescribing this central nervous system stimulant. A lower dosage is less likely to cause withdrawal symptoms when medication usage stops.

In order to successfully manage Adderall withdrawal symptoms, medical detox is recommended. Withdrawal symptoms can last anywhere from a few days to months. The risk of relapse spikes during this time as the body attempts to rebalance. Even with a tapered withdrawal approach, serious symptoms and side effects can develop that should be monitored by a professional.

This drug is not safe for everyone. You should not take it if you have certain health issues. These include:

You also should not take this drug if you’re pregnant. Taking Adderall during pregnancy can cause premature birth or low birth weight. Babies born to mothers taking Adderall may go through the Adderall crash, as well. 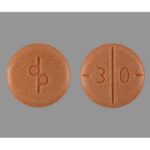 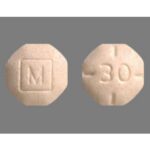 How Do You Manage Xanax Side Effects