Metamizole is a relatively safe pharmaceutical preparation although it is not completely free from undesirable effects. Among these side-effects, the most serious one that raises the most controversy is the myelotoxic effect.

Exactly how dipyrone works is unknown, although it is believed that it works by inhibiting brain and spinal cord prostaglandin (fat-like molecules that are involved in inflammation, pain, and fever) synthesis. Recently, researchers uncovered another mechanism involving Dipyrone being a prodrug. This proposal has not yet been verified by other researchers.

According to this theory, dipyrone itself breaks down into other chemicals that are the actual active agents. The result is a pair of cannabinoid and NSAID arachidonic acid conjugates (although not in the strict chemical meaning of the word) of Dipyrone’s breakdown products. Despite this, studies in animals have found that the CB1 cannabinoid receptor is not involved in the analgesia induced by Dipyrone. Although it seems to inhibit fevers caused by prostaglandins, especially prostaglandin E2, Dipyrone appears to produce its therapeutic effects by means of its metabolites, especially N-methyl-4-aminoantipyrine (MAA) and 4-Aminoantipyrine (AA). The therapeutic effect of Dipyrone (Metamizole) sets in 30-60 minutes after oral administration of the drug.

What form (s) does Dipyrone (Metamizole) come in?

Capsules: The active substance is magnesium metamizole. The other ingredients are magnesium stearate, indigotin, erythrosine, titanium dioxide, and gelatin.

Suppositories: The active substance is magnesium metamizole. Each suppository contains 500 mg or 1000 mg metamizole magnesium. The other component is fatty acid triglycerides.

Warning: The composition of the various presentations may vary from one country to another. We recommend you consult the information provided by your local supplier.

How to use dipyrone (metamizole)

Adults and adolescents over 15 years: The usual dose is one capsule three or four times a day. The capsules should be swallowed whole without chewing, using some liquid.

Children under 15 should not take this medicine.

Dosage in renal or hepatic impairment

In patients with impaired renal and hepatic function, in the elderly, and in debilitated patients, the administration of high doses should be avoided.

An ampule every 12-24 hours i.v. (deep and slowly) or intramuscularly. In the case of pain from cancer can be given up to 6 g daily, divided into 3 administrations.

The contents of the vial can also be administered orally, dissolved in a liquid (water, orange juice, cola, etc.).

The pediatric doses should be established by the doctor treating the patient.

Your doctor will indicate the duration of treatment with metamizole.

If you think the effect of the medicine is too strong or too weak, consult your doctor. If you have any further questions on the use of this product, ask your doctor or pharmacist.

Can a pregnant or breastfeeding woman use Dipyrone (Metamizole)?

Always consult your doctor or pharmacist before taking any medicine during pregnancy or breastfeeding. It is recommended not to administer the drug during the first and last trimester of pregnancy. In the second quarter, it will only be used once the doctor has evaluated the benefit/risk ratio.

The metabolites of metamizole are excreted in breast milk, so breastfeeding should be avoided for 48 hours after its administration.

In children and adolescents, metamizole should be administered only under medical criteria. Metamizole use in children under 3 months or those weighing less than 5 Kg is not recommended.

Why was Dipyrone (Metamizole) banned in the United States?

The use of dipyrone was banned in the United States and the United Kingdom because it was found to be associated with abdominal discomfort, maculopapular rash, Stevens-Johnson syndrome, Lyell syndrome, agranulocytosis, hypotension, bronchospasm, arrhythmia, and allergic reactions. Agranulocytosis, thrombocytopenia, anemia, aplastic and hemolytic anemia, and leucopenia significantly limited its utilization in everyday practice. Agranulocytosis is rare, but life-threatening ADR. The risk for Dipyrone-induced agranulocytosis is estimated as 0.06 and 1.1 cases per million users per week of treatment.

Nevertheless, Dipyrone remains one of the most commonly used medications for the treatment of postoperative pain, colic pain, cancer pain, and migraine, and in many countries (eg Russia, Spain, Mexico, and in many parts of South America, Asia, and Africa) it remains a popular non‐opioid first‐line analgesic, either by prescription only, as in Germany and Spain, or non‐prescription (over the counter (OTC)), as in Bulgaria and Mexico.

What are the side effects of Dipyrone?

Dipyrone can cause serious side effects which include:

What drugs can interact with Dipyrone?

If your doctor has directed you to use this medication for diabetes, your doctor or pharmacist may already be aware of any possible drug interactions and may be monitoring you for them. Do not start, stop, or change the dosage of any medicine before checking with your doctor, health care provider, or pharmacist first.

Taking Dipyrone with any of the following medications can affect how the medication works or increase the risk of severe side effects.

This document does not contain all possible interactions. Therefore, before using this product, tell your doctor or pharmacist of all the products you use. Keep a list of all your medications with you, and share the list with your doctor and pharmacist. Check with your physician if you have health questions or concerns.

Keep out of reach of children. In case of overdose, get medical help or contact a Poison Control Center immediately. 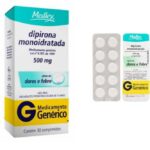 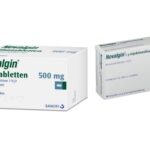 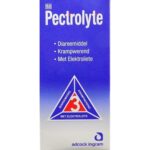 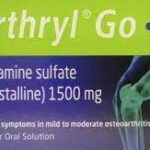