An antibiotic is a type of antimicrobial substance active against bacteria. It is the most important type of antibacterial agent for fighting bacterial infections, and antibiotic medications are widely used in the treatment and prevention of such infections. They may either kill or inhibit the growth of bacteria.

Antibiotics start to work immediately after you start taking them. However, you might not feel better for two to three days after the commencement of treatment. How quickly you get better after antibiotic treatment depends on the type of antibiotic and the nature of infection you are treating.

Antibiotic use in the United States is among the highest in the world. In fact, this class of drugs is prescribed to four-out-of-five Americans every year. They are an effective treatment and prevention for a variety of bacterial infections ranging from pneumonia to UTIs. And most of us have taken antibiotics at some point in our lives. However, the CDC estimates about 47 million antibiotic courses each year are prescribed for infections that don’t need antibiotics in U.S. doctors’ offices and emergency departments each year. That’s about 30% of all antibiotics prescribed.

About 4 million people in the United States have frequent constipation. Constipation is the most common gastrointestinal complaint, resulting in 2.5 million doctor visits annually.

Hard, dry stools are the result of the colon absorbing too much water. Normally, as food moves through the colon (also known as the large intestine) the colon absorbs water while forming stool (waste products). Muscle contractions then push the stool toward the rectum, and, by the time the stool reaches the rectum, most of the water has been absorbed, making the stool solid.

When the colon’s muscle contractions are slow or sluggish, the stool moves through the colon too slowly, resulting in too much water being absorbed.

Can antibiotics cause constipation?

Yes, but there rarely do so. Antibiotics are more likely to cause gas and diarrhea as a result of the alteration of the balance in the normal flora of bacteria in your large intestine.

Common digestive side effects of antibiotics may include:

Sometimes, a person needs to take antibiotics with food; other times, they need to take them on an empty stomach. A person can speak with their doctor or a pharmacist about how best to take their antibiotic. Most digestive problems go away once a person stops taking the antibiotic.

Persons with digestive side effects, such as bloody diarrhea, severe abdominal pain, or uncontrollable vomiting, should stop taking their antibiotics and immediately contact a doctor.

Antibiotics-induced constipation can be treated with an over-the-counter stool softener or other laxatives on a short-term basis if needed. However, ask your doctor or pharmacist for advice before combining any two medications. 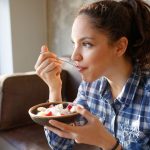 Can Probiotics Cause Constipation? 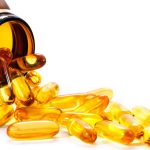 Does Vitamin D Cause Constipation? 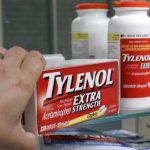 Does Tylenol Cause Constipation? 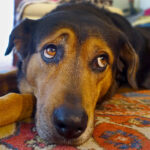 Can I Give My Dog MiraLAX For Constipation?
<
Tags
Can antibiotics cause constipation

Does Vitamin D Cause Constipation?

Does Gabapentin Cause Constipation?