•          Internal (inside the body), like a kidney that hasn’t formed right or a ventricular septal defect (a hole between the lower chambers of your baby’s heart).

•          A chemical imbalance, like phenylketonuria (a defect in a chemical reaction that results in developmental delay).

Your healthcare provider won’t be able to detect all birth defects right when your baby is born. Some defects, such as scoliosis, might not be apparent until your child is several months old. An abnormal kidney might take years to be discovered.

What is the abortion pill?

The abortion pill is a medication consisting of two medicines used for medical abortion. The first medicine ends the pregnancy and is named mifepristone. It works by blocking the hormone progesterone. Without progesterone, the lining of the uterus breaks down and the pregnancy cannot continue. The second medicine, misoprostol makes the womb contract, causing cramping, bleeding, and the loss of the pregnancy similar to a miscarriage.

This method can be used up to 24 weeks of pregnancy. What to expect depends on whether the pregnancy is less than or more than 10 weeks gestation. You can obtain these medications through doctors and clinics that provide abortion services, like Planned Parenthood. You should never buy them online or on the black market. The cost of the medication depends on location and additional tests or follow-ups that may be necessary. According to Planned Parenthood, abortion procedures can cost up to $800. However, this cost fluctuates depending on the area where you live.

How effective is the abortion pill?

The abortion pill is very effective. The effectiveness depends on how far along you are in your pregnancy when you take the medicine.

The abortion pill usually works, but if it doesn’t, you can take more medicine or have an in-clinic abortion to complete the abortion.

When can I take the abortion pill?

Can A Baby Be Born Normal After Abortion Pill Fails?

Yes, most of the time babies are born normal if a pregnancy progresses after a failed medical abortion. However,  studies have shown that abortion pill failure can lead to unusual congenital malformation of the skull in neonates, especially with misoprostol taken orally and/or vaginally in the first trimester to induce an abortion. Exposure to mifepristone alone has not been shown to cause fetal malformations.

A review of 71 cases of continuing pregnancy after failed early medical termination of pregnancy reported that in 8 of the cases (11.2%), malformation of the fetus or baby was reported. 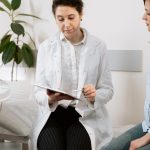 Can An Abortion Pill Fail? 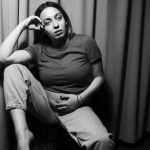 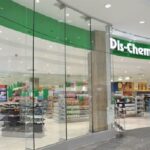 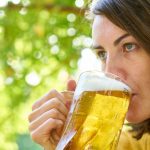 Can You Drink While Taking Abortion Pills?
<

Can You Drink While Taking Abortion Pills?