What is Xanor used for?

Xanor is a brand of alprazolam produced by Pfizer Italy, it is used to treat the symptoms of anxiety, panic disorder, and anxiety associated with depression. Xanor may be used alone or with other medications.

The active ingredient in Xanor (alprazolam) is a Schedule IV controlled substance, which is less likely to be abused than a Schedule III drug, but it still has the potential for abuse. The drug can become addictive, and it’s especially dangerous when prescribed or used with opioids.

Xanor belongs to a class of drugs called antianxiety Agents, Anxiolytics, Benzodiazepines. It works by increasing the effects of a brain chemical called gamma-aminobutyric acid (GABA), which promotes calmness and produces a relaxed feeling. The drug decreases the level of excitement in the brain to treat anxiety and panic disorders.

What form(s) does Xanor come in?

Xanor comes as a tablet, an extended-release tablet, an orally disintegrating tablet (a tablet that dissolves quickly in the mouth). The 5 forms of Xanor includes:

How should I take Xanor?

A person should take Xanor by mouth as a doctor directs. The dosage will be based on the following factors:

A doctor may gradually increase the dosage of Xanor until the drug works effectively for the person. People should closely follow their doctor’s instructions to reduce the risk of side effects.

If a person has used this medication regularly for a long time or in high dosages, withdrawal symptoms can occur if they suddenly stop taking it. To prevent this, a doctor may reduce the dosage of Xanor gradually.

What happens if I miss a dose of Xanor?

What happens if I overdose on Xanor?

Symptoms of a Xanor overdose include:

Death has occurred in association with overdoses of Xanor by itself, as it has with other benzodiazepines. If an overdose of Xanor occurs, a person needs emergency medical attention. Somebody should call 911 or Poison Control at 800-222-1222.

What are the possible side effects of Xanor?

Xanor may cause serious side effects including:

The most common side effects of Xanor include:

These are not all the possible side effects of Xanor. For more information, ask your doctor or pharmacist.

What medications may interact with Xanor?

If your doctor has directed you to use Xanor, your doctor or pharmacist may already be aware of any possible drug interactions, health risks, and side effects, and may be monitoring you for them. Do not start, stop, or change the dosage of this drug or any medicine before checking with your doctor, health care provider or pharmacist first.

Severe Interactions of Xanor include:

Serious Interactions of Xanor include:

Xanor has moderate interactions with at least 264 different drugs.

Minor interactions of Xanor include:

Q: How long does it take to feel the effects of Xanor?

Xanor is taken by mouth and is readily absorbed into the bloodstream. You should start feeling the effects of Xanor in under an hour. The medication reaches peak concentrations in the bloodstream in one to two hours following ingestion.

People who take Xanor will often build up a tolerance. For these people, it may take longer to feel the sedative effects of Xanor or the sedation may not feel as strong.

Q: How long does it take for the effects of Xanor to wear off?

Xanor has an average half-life of roughly 11 hours in healthy adults. In other words, it takes 11 hours for the average healthy person to eliminate half of the dose of Xanor. However, it’s important to note that everyone metabolizes medications differently, so the half-life will vary from person to person. Studies have shown that the half-life of Xanor ranges from 6.3 to 26.9 hours, depending on the person.

It takes several half-lives to fully eliminate a drug. For most people, Xanor will fully clear their body within two to four days. But you will stop “feeling” the sedative effects of Xanor before the drug has actually fully cleared your body. This is why you may be prescribed Xanor up to three times per day.

Q: How long does Xanor stay in your system?

Studies have shown that the half-life of Xanor ranges from 6.3 to 26.9 hours. It is important to realize that half-life is a figure that is an estimate of the time it takes for the concentration or amount in the body of that drug to be reduced by exactly one-half (50%). After four to five half-lives, 97% of a drug has cleared from the body, and the drug is no longer considered to be having any effect. However, this does not mean that it won’t be detectable by a drug test, as this depends on how specific and sensitive the drug test is.

If we use the average half-life of Xanor, which is 11.2 hours, then the following is estimated for a 1mg dose of Xanor:

In theory, we can see that after 56 hours (2.3 days), almost all the original Xanor dose (slightly less than 97%) has been eliminated in people whose Xanor half-life is 11.2 hours. However, in some people, the half-life of Xanor is 26.9 hours. In these people, it will take approximately 134.5 hours (5.6 days) for almost 97% of a dose of Xanor to be eliminated.

Xanor has a high potential to be a habit-forming drug. Symptoms of withdrawal typically begin two to seven days after your last dose. They can last two to eight weeks.

If you take Xanor, don’t stop it without talking to your doctor first. Some withdrawal symptoms can be dangerous. You need to follow a program with your doctor’s supervision to taper off the high doses and ultimately quit entirely.

Can you drink alcohol while taking Xanor?

Taking Xanor with alcohol will intensify the side effects of both substances. Researchers don’t know exactly why this happens. It likely has to do with the chemical interactions between Xanor and alcohol in the body.

In turn, this can cause both an enhanced high or “buzz” as well as enhanced side effects. The liver also needs to work harder, since it breaks down both alcohol and Xanor in the body.

Xanor vs Xanax which is stronger?

Xanor and Xanax both contain the same active ingredient (alprazolam) as a result, Xanor XR side effects are the same as Xanax XR side effects while Xanor 1mg is equivalent to Xanax 1mg, none is stronger than the other at the same dose.

The average price of Xanor 0.25 mg with a prescription is around $4.92 per tablet or $492 for a supply of 100 tablets, depending on the pharmacy you visit. Prices are for cash-paying customers only and are not valid with insurance plans. 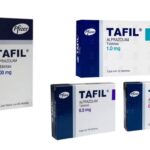 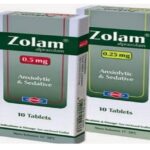 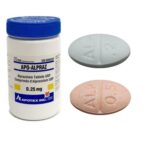 What Are The Symptoms of Low & High DHEA in Women?