Ovulation refers to the release of an egg from your ovary, into your fallopian tube. It typically happens about 13–15 days before the start of each period. Like your period, the timing of ovulation can vary cycle-to-cycle, and you may have the odd cycle where you don’t ovulate at all.

A National Institute of Environmental Health Sciences study published in 2000 concluded that only about 30% of women consistently ovulate on the days the model says they should. If a woman has sex five days before she ovulates, her probability of pregnancy is about 10 percent. If she has sex on the day of ovulation, or the two days before, the chance of getting pregnant is around 30 percent. These are average figures and depend on a woman’s age.

How does conception occur?

Conception occurs when a sperm cell from a fertile man swims up through the vagina and into the uterus of a woman and joins with the woman’s egg cell as it travels down one of the fallopian tubes from the ovary to the uterus.

The blastocyst then attaches itself to the lining of the uterus (the endometrium). This attachment process is called implantation. The release of the hormones estrogen and progesterone causes the endometrium to thicken, which provides the nutrients the blastocyst needs to grow and eventually develop into a baby.

As cells continue to divide — some developing into the baby, others forming the nourishment and oxygen supply structure called the placenta — hormones are released that send a signal to the body that a baby is growing inside the uterus. These hormones also signal the uterus to maintain its lining rather than shedding it. This means that a woman does not have a period that month, which may be the first way a woman knows she is pregnant.

In this article, we shall be looking at how well Plan B works during ovulation.

Plan B is an emergency contraceptive pill containing levonorgestrel, a hormone that can be used for emergency contraception. Levonorgestrel can prevent pregnancy after unprotected sex. People sometimes call it the “morning-after pill.” But you don’t have to wait until the morning after sex to take it. In fact, Plan B is more effective the sooner you take it. It is a one-dose regimen: you take one pill.

The FDA states that there are no safety concerns that preclude the use of Plan B in women generally, and continue to believe that all women, regardless of how much they weigh, can use these products to prevent unintended pregnancy following unprotected sex or contraceptive failure. The most important factor affecting how well emergency contraception works is how quickly it is taken.

When emergency contraception is taken as directed within 72 hours after unprotected sex or birth control failure, it can significantly decrease the chance that a woman will get pregnant. In fact, the earlier the product is taken after unprotected intercourse, the better it works. Emergency contraception is not 100% effective, which is why it is critical that women have a “Plan A” (regular) birth control method or start one if they don’t have one.

How does Plan B work?

Plan B works like other birth control pills to prevent pregnancy. Plan B acts primarily by stopping the release of an egg from the ovary (ovulation). It may prevent the union of sperm and egg (fertilization). If fertilization does occur, Plan B may prevent a fertilized egg from attaching to the womb (implantation). If a fertilized egg is implanted prior to taking Plan B, Plan B will not work.

How do I use Plan B?

Take Plan B One-Step, as soon as you can after unprotected sex. Simply swallow the tablet the way you would any other pill. Read the instructions that come in the package for more information.

You can take Plan B One-Step pills up to five days after unprotected sex, but they work much better if you take them during the first three days. Take a pregnancy test if you haven’t gotten your period within three weeks after taking the morning-after pill.

What is Plan B success rate during ovulation?

The low success rate of Plan B during and after ovulation is linked to how it works. Plan B pills work by delaying ovulation, so if you have ovulated in the last 24 hours then it won’t be that effective. Plan B is only efficacious when taken before ovulation. However, the drug does not consistently prevent follicular rupture or impair sperm function.

You can find more details in this Goodrx Video below

Side Effects of Plan B

Common side effects of Plan B include:

Tell your doctor right away if you have any serious side effects of Plan B including: 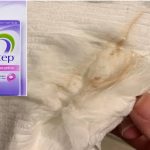 Is Brown Discharge After Taking Plan B Normal? 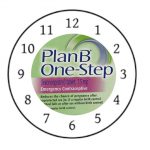 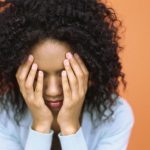 Aftera vs Plan B: Differences, Similarities, Which is More Effective, Prices
<
Tags
Plan B Success Rate During Ovulation

Can I Take 2 Tizanidine 4mg At Once?