A medication overdose is a biological response to when the human body receives too much of a medicine. An overdose can be intentional or accidental. People can overdose prescription medications including drugs used to treat epilepsy or seizures. In many cases, overdoses are fatal, although most individuals who have overdosed can be saved if medical treatment is provided quickly enough. In terms of drugs, there are a few different ways your body can become overwhelmed by substances. However, the most common cause of death during any chemical overdose is respiratory failure.

Keppra is a brand of levetiracetam, sold as a prescription medication used to treat epilepsy. It is used for partial-onset, myoclonic, or tonic–clonic seizures and is taken either by mouth as an immediate or extended release formulation or by injection into a vein. Levetiracetam is also used in combination with other medications to treat seizure in adults and children 12 years of age or older with juvenile myoclonic epilepsy.

Levetiracetam is used in combination with other medications to treat primary generalized tonic-clonic seizures (formerly known as a grand mal seizure; seizure that involves the entire body) in adults and children 6 years of age or older with epilepsy. Levetiracetam is in a class of medications called anticonvulsants. It works by decreasing abnormal excitement in the brain.

How does Keppra work?

According to studies, Keppra provides protection against secondarily generalized activity from focal seizures induced by pilocarpine and kainic acid, two chemoconvulsants that induce seizures that mimic some features of human complex partial seizures with secondary generalization. Keppra also shows inhibitory properties in the kindling model in rats, another model of human complex partial seizures, both during kindling development and in the fully kindled state. The predictive value of these animal models for specific types of human epilepsy is uncertain. In vitro and in vivo recordings of epileptiform activity from the hippocampus have shown that Keppra inhibits burst firing without affecting normal neuronal excitability, suggesting that the drug may selectively prevent hyper-synchronization of epileptiform burst firing and propagation of seizure activity.

A lot can happen when you take a double dose of Keppra, symptoms of overdose may include the following:

In case of overdose, call the poison control helpline at 1-800-222-1222. Information is also available online at https://www.poisonhelp.org/help. If the victim has collapsed, had a seizure, has trouble breathing, or can’t be awakened, immediately call emergency services at 911.

What side effects can Keppra cause?

Keppra may cause side effects. Tell your doctor if any of these symptoms are severe or do not go away:

Keppra may cause other side effects. Call your doctor if you have any unusual problems while taking this medication. 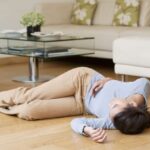 Can Missing One Dose Of Keppra Cause A Seizure? 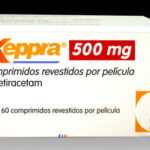 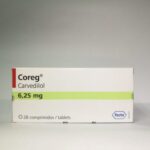 What To Do If You Accidentally Took Double Dose Carvedilol

I Accidentally Took Double Dose of Losartan (Cozaar)?
<
Tags
What Happens If You Take A Double Dose Of Keppra

How to Use Acxion Fentermina 30mg, Benefits, Dosage, Side Effects, Interactions