Fentanyl is a powerful synthetic opioid that is similar to morphine but is 50 to 100 times more potent. It is a prescription drug that is also made and used illegally. Like morphine, it is a medicine that is typically used to treat patients with severe pain, especially after surgery. It is also sometimes used to treat patients with chronic pain who are physically tolerant to other opioids. Tolerance occurs when you need a higher and/or more frequent amount of a drug to get the desired effects. In its prescription form, fentanyl is known by such names as Actiq®, Duragesic®, and Sublimaze®.

From 2013 to 2017, the number of opioid-involved overdose deaths in the United States increased 90%, from 25,052 to 47,600. This increase was primarily driven by substantial increases in deaths involving illicitly manufactured fentanyl (IMF). This is because some drug dealers are mixing fentanyl with other drugs, such as Xanax, heroin, cocaine, methamphetamine, and MDMA. This is because it takes very little to produce a high with fentanyl, making it a cheaper option.

Synthetic opioids, including fentanyl, are now the most common drugs involved in drug overdose deaths in the United States. In 2017, 59.8 percent of opioid-related deaths involved fentanyl compared to 14.3 percent in 2010.

Where does illicit fentanyl come from?

Most street fentanyl in most countries is produced illegally as a powder. When sold as a powder, fentanyl can look at varying levels of off-white to light brown. When it is mixed into other powders, fentanyl tends to bring an off-brown color to the mixture. Street fentanyl may be swallowed, smoked, snorted, or injected. Fentanyl is released from prescription patches by smoking or chewing.

Fentanyl is sold as a powder or a pill or is cut into (mixed with) drugs such as heroin or cocaine. This type of fentanyl is usually sold as another substance, so people swallow, snort, or inject it without realizing it. Many overdoses have occurred because people did not know that what they were taking was contaminated with fentanyl.

Why do people take fentanyl?

People take fentanyl to help with pain (e.g., from cancer) that another medicine has not been able to help with. Others may use it to illegally get high or to help with sleep.

How is fentanyl different from oxycodone and other opioids?

How can I be sure that I’m buying real fentanyl?

The only way to be sure your fentanyl is real is to get it prescribed by a doctor. You can take it safely by following your doctor’s directions and taking the recommended dose. However, drugs bought on the street are never safe.

Can using fentanyl poison me?

Yes, it can poison you if you take too much. Early signs of fentanyl poisoning may include:

The most dangerous side effect of fentanyl is that it can cause you to stop breathing, which can lead to death.

Yes, fentanyl can be addictive. If you use opioids a lot, you may find that you develop a tolerance and need more and more to feel the same effects. You can become mentally and physically dependent on fentanyl.

People addicted to fentanyl may have withdrawal symptoms when they quit, including:

Mild withdrawal symptoms usually start between 12 to 30 hours after the last time you took fentanyl. While the worst symptoms pass within a few days, it can take months to feel normal. Opioid withdrawal can be very uncomfortable, so it’s best to stop using them under supervised care.

If I have the antidote (naloxone), is fentanyl safe to use?

Fentanyl is safe when it’s prescribed by a doctor and taken as directed. Fentanyl patches or lozenges release the medicine slowly. You can poison yourself if you change the medicine to get a stronger or faster effect. Fentanyl that’s made illegally has an unknown amount of fentanyl and may contain other substances like cocaine, heroin, and xylazine (a drug given to animals to help with pain), which put users at higher risk of being poisoned.

Naloxone can reverse symptoms of fentanyl and other opioid poisonings. However, it doesn’t work every time and the effects of the naloxone may not last as long as the opioid.

What should I do if I see someone who is poisoned from fentanyl?

What if I have taken fentanyl and I think I have fentanyl poisoning?

Call 911 right away if you think you may have fentanyl poisoning. Don’t take any more pills. If you’re wearing patches, take them off so you don’t absorb any more fentanyl. 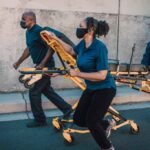 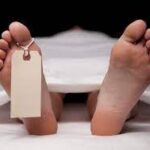 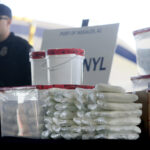 U.S. Seize Record-Breaking Amounts of Meth And Fentanyl
<
Tags
What Does Fentanyl Look Like