Attention-deficit/hyperactivity disorder (ADHD) is one of the most common mental disorders affecting children. It is usually first diagnosed in childhood and often lasts into adulthood. Children with ADHD may have trouble paying attention, controlling impulsive behaviors (may act without thinking about what the result will be), or be overly active.

It is normal for children to have trouble focusing and behaving at one time or another. However, children with ADHD do not just grow out of these behaviors. The symptoms continue, can be severe, and can cause difficulty at school, at home, or with friends.

About 6.1 million children in the United States (9.4 percent) between ages 2 to 17 are estimated to have ever been diagnosed with attention deficit hyperactivity disorder (ADHD or ADD), according to a 2016 study from the Centers for Disease Control and Prevention (CDC). In most cases, ADHD is best treated with a combination of behavior therapy and medication.

Concerta (methylphenidate) is a central nervous system stimulant prescription medicine. It affects chemicals in the brain and nerves that contribute to hyperactivity and impulse control.

Concerta extended-release tablets are used to treat attention deficit hyperactivity disorder (ADHD) in children 6 years of age and older, adolescents, and adults up to the age of 65.

Concerta belongs to a class of medications called stimulants. It works by increasing levels in your brain of two neurotransmitters (chemical messengers) called norepinephrine and dopamine. Increasing these neurotransmitter levels helps to stimulate your brain, which can improve the symptoms of ADHD. This helps with hyperactivity and impulsive behavior and allows people to concentrate better.

How is Concerta taken?

Concerta comes as a once-a-day dose that releases over time, rather than all at once. Take this medication by mouth with or without food as directed by your doctor, usually once daily in the morning. Taking this medication late in the day may cause trouble sleeping (insomnia). Swallow this medication with a full glass of liquid (8 ounces/240 milliliters). Do not crush or chew Concerta.

How long does it take for Concerta to kick in?

The effects of Concerta should be felt within an hour and maximum effects anywhere from 6 to 10 hours later. They are designed to release a small amount of the medicine immediately, as the outer layer of the tablet dissolves. The rest of the medicine is then released gradually from a special membrane inside the tablet over the rest of the day, giving effects that last for up to 12 hours.

What are the signs that Concerta is not working?

The first and most important sign that Concerta is not working for you or your child is the persistence of hyperactivity and impulsive behavior. Concerta might also not be working effectively for you if it makes things worse and causes severe side effects, including headaches, sleep problems, and a blunted appetite.

If you’re taking Concerta and your symptoms don’t improve or they get worse, discuss with your doctor. They may recommend that you slowly increase your dose. If that doesn’t work, you may have to try a different drug.

Can you build a tolerance to Concerta?

The body can develop Concerta tolerance. If you are using it for medical reasons, you may feel as though it has stopped working or become less effective after a period of time. This is perfectly normal. Usually, your doctor will evaluate the efficacy of your current dose and make some dose adjustments if needed. 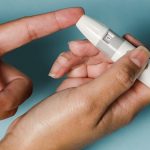 Signs Metformin Is Not Working 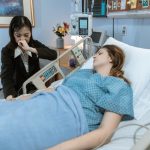 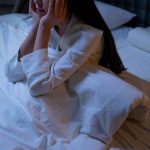 Signs That Flagyl Is Working 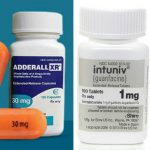 Is Guanfacine the Same Thing as Adderall?
<
Tags
Signs Concerta Is Not Working

Signs Metformin Is Not Working

Why Was Crestor Taken Off The Market?