Effexor is a brand of venlafaxine,  an antidepressant medication that works in the brain. It is approved for the treatment of major depressive disorder (MDD), generalized anxiety disorder (GAD), panic disorder, and social anxiety disorder (social phobia).

Wyeth Pharmaceuticals scientists first synthesized venlafaxine HCI in the early 1980s. It was soon discovered to be an effective treatment for depression. In 1994, the company promoted the brand-name Effexor and the generic form venlafaxine HCI after approval from the Food and Drug Administration (FDA).

What Is The Most Important Information I Should Know About Effexor?

Do not stop taking Effexor, even when you feel better. With input from you, your health care provider will assess how long you will need to take the medicine.

Missing doses of Effexor may increase your risk for relapse in your symptoms.

Stopping Effexor abruptly may result in one or more of the following withdrawal symptoms: irritability, nausea, feeling dizzy, vomiting, nightmares, headache, and/or paresthesias (prickling, tingling sensation on the skin).

Depression is also a part of bipolar illness. People with bipolar disorder who take antidepressants may be at risk for “switching” from depression into mania. Symptoms of mania include “high” or irritable mood, very high self-esteem, decreased need for sleep, pressure to keep talking, racing thoughts, being easily distracted, and frequently being involved in activities with a large risk for bad consequences (for example, excessive buying sprees).

Antidepressant discontinuation syndrome is a well-known and accepted syndrome that can occur in people who abruptly discontinue Effexor, within a matter of hours of missing a dose, some people begin to experience symptoms of Effexor withdrawal. Because of this, healthcare providers often recommend starting on the medication by building up from a low dose and decreasing the dosage when weaning from the drug. Still, symptoms of withdrawal can occur even if the medication is slowly tapered off.

Although Effexor withdrawal timeline has not been extensively studied, some people have reported experiencing symptoms within certain time frames. However, it is not clear if they were taking short- or long-acting venlafaxine. Research has found:

•          Within three days of missing a dose: Withdrawal symptoms begin to improve.

Importantly, withdrawal symptoms can resolve within 24 hours after you start taking Effexor again, even if you take a lower dose than before.

What is the wet finger method for Effexor withdrawal?

The “Wet Finger Method” is one of the many Effexor withdrawal Protocols adopted to ease the side effects of withdrawal from the medication.  Basically, it involves emptying the capsule contents into a saucer, bowl – lick your finger, dab some of the content, and take what you think would be an appropriate weaning amount.  Anecdotal reports  describe the process as follows:

Step 1: Start with 3 days by taking three wet fingers off the top of the capsule. If no side effects, continue to the next step.

Step 2: Next step is 5 days of taking five wet fingers off the top of the capsule. If no side effects, continue to the next step.

Step 3: The last step is 5 days of taking seven wet fingers off the top. If no side effects continue to the next step. Get off of Effexor completely. Hopefully with minimal side effects.

The Second is the “Bead Counting Method”  this method involves counting capsules to determine how many are in each respective dose and removing 5 or six every 3- 4 days or so.

Does the wet finger method for Effexor withdrawal work?

There are no scientific studies to back up anecdotal evidence which claims that the wet finger method works for Effexor withdrawal. In fact, using Effexor in that manner is inappropriate and increases the risk of side effects and accidental overdose by children and pets. Some of the side effects of antidepressant abuse include impaired coordination, increased sense of confusion, fainting, dizziness and convulsions among others. Taking too much of an antidepressant can also cause serotonin syndrome, which can be life-threatening if undetected or untreated.

What helps with Effexor withdrawal?

If you are thinking about stopping your Effexor therapy, talk to your doctor to discuss the risks and benefits of discontinuing treatment. Never stop “cold turkey.” In many cases, the best way to stop taking most antidepressants is to slowly cut back your dose under the guidance of your doctor. This is called tapering. Tapering helps your brain adjust to the chemical changes and can help prevent discontinuation symptoms. Your doctor will tell you how to lower your dose over a couple of days. Never try to do this on your own.

Sometimes, doctors can prescribe medicines to help with discontinuation symptoms such as nausea or insomnia. They also may advise switching from a short- to a long-acting antidepressant to ease the transition off of medicine for depression.

Discontinuation symptoms usually go away within a few weeks. But if you have extremely severe withdrawal symptoms, your doctor may recommend other medicines to relieve them.

Effexor can cause mild or serious side effects. The following lists contain some of the key side effects that may occur while taking Effexor . These lists do not include all possible side effects.

For more information on the possible side effects of Effexor XR, talk with your doctor or pharmacist. They can give you tips on how to deal with any side effects that may be bothersome.

Note: The Food and Drug Association (FDA) tracks side effects of drugs they have approved. If you would like to report to the FDA a side effect you’ve had with Effexor XR, you can do so through MedWatch.

The more common side effects of Effexor XR can include:

Other common side effects, explained in more detail below in “Side effect details,” include:

Serious side effects from Effexor XR aren’t common, but they can occur. Call your doctor right away if you have serious side effects. Call 911 if your symptoms feel life-threatening or if you think you’re having a medical emergency.

* Effexor XR has a boxed warning for this side effect. This is the most serious warning from the Food and Drug Administration (FDA). For more information, see “FDA warning: Risk of suicidal thoughts and behavior in young people” at the beginning of this article. 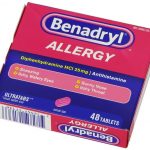 Can I Use Benadryl For Effexor Withdrawal? 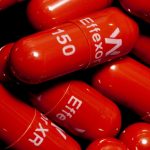 Venlafaxine (Effexor): Uses, How it works, Side Effects, Withdrawal Here Is What Happens After Stopping Effexor For 5 Days? 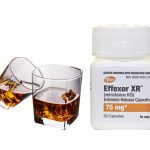 Why Is Berocca Banned In The United States?