There are over 20,000 prescription drug products approved for marketing by The United States Food and Drug Administration, this does not include the sea of over the counter medications and supplements. With this large array of medication, there is the need to keep a tab on pharmaceutical companies and their good manufacturing practice status.

Good Manufacturing Practice (GMP) is a system for ensuring that products are consistently produced and controlled according to quality standards. It is designed to minimize the risks involved in any pharmaceutical production that cannot be eliminated through testing the final product.

GMP covers all aspects of production from the starting materials, premises, and equipment to the training and personal hygiene of staff. Detailed written procedures are essential for each process that could affect the quality of the finished product. There must be systems to provide documented proof that correct procedures are consistently followed at each step in the manufacturing process – every time a product is made.

If a pharmaceutical company is on a blacklist, they are seen by a government, other organizations or the consuming public as being one of a number of firms who cannot be trusted or who have done something wrong. Black listed pharma companies are often implicated in fake or substandard drug production. Falsified and substandard drugs may contain toxic doses of dangerous ingredients and cause mass poisoning. Poor-quality medicines compromise the treatment of chronic and infectious diseases, causing disease progression, drug resistance, and death.

The UK Medicines and Healthcare products Regulatory Agency (MHRA) has suspended the following under listed companies from the wholesale or manufacture of medicines and medical products.

The pharmaceutical companies whose authorizations were revoked are listed in the table below:

On February 16, 2015, Hainan Baozhiyuan Medical Technology Co., Ltd. (Baozhiyuan) was put on a provincial blacklist for a duration of two years. Baozhiyuan is a private company registered in the Hainan Province. It was alleged that the company paid kickbacks to the medical personnel of 12 hospitals based on a percentage of sales.

On October 16, 2014, Chongqing Weixin Medical Supplies Co., Ltd. (Weixin) was put on a provincial blacklist for a duration of two years. It is the first company to be blacklisted based upon the 2013 Recording Measures. Weixin is a private company registered in the Chongqing Municipality and specialized in selling medical equipment. It was alleged that its General Manager provided the former head of the Equipment Division of Chongqing No. 13 Hospital with “favor fees” amounting to CNY 135,000 (approximately USD 21,787) during a procurement project.

In November 2016, 39 Indian drug companies including Aurobindo Pharma, Cadila and Mcleods Pharmaceuticals were blacklisted by Vietnam for quality standard violations. Antibiotics made by Aurobindo and Mcleod, and Cadila’s anti-rabies vaccine Lyssavac have been banned. Along with the Indian companies, the Vietnamese drug regulator has also banned companies from Bangladesh and South Korea on its website, but has not specified the reason for the ban. Lyssavac, Cadila’s anti-rabies vaccine was also banned by World Health Organization in January that year.

The US FDA maintains a tainted products data base which lists a good number of tainted products and the pharmaceutical companies that  market them as dietary supplements. This list only includes a small fraction of the potentially hazardous products with hidden ingredients marketed to consumers on the internet and in retail establishments. FDA is unable to test and identify all products marketed as dietary supplements on the market that have potentially harmful hidden ingredients. 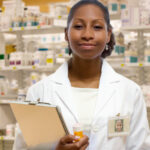 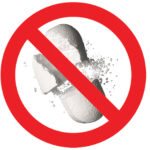