Meprobamate:  is in a class of medications called tranquilizers, it is a bis-carbamate ester which was found to have antianxiety activity and was introduced into medical use in the 1950s. Meprobamate rapidly became one of the most widely used psychotropic agents, being considered a “tranquillizer”. Meprobamate acts on certain centers of the brain to help calm the nervous system used to relieve anxiety, nervousness, and tension associated with anxiety disorders. Meprobamate may also increase the effects of other drugs such as pain relievers.

What is Salterpyn tablet used for?

Salterpyn tablet is used in the management of the following conditions:

How to use Salterpyn tablet

Check nonprescription cough and cold product labels carefully before using two or more products at the same time. These products may contain the same active ingredient(s) as Salterpyn tablet and taking them together could cause you to receive an overdose.

Yes, Salterpyn tablet contain two highly addictive ingredients; codeine phosphate and meprobamate. When codeine containing medications like Salterpyn tablets is used for a long time, it may become habit-forming, causing mental or physical dependence. However, people who have continuing pain should not let the fear of dependence keep them from using narcotics to relieve their pain. Mental dependence (addiction) is not likely to occur when narcotics are used for this purpose. Physical dependence may lead to withdrawal side effects if treatment is stopped suddenly. However, severe withdrawal side effects can usually be prevented by gradually reducing the dose over a period of time before treatment is stopped completely.

What are the side effects of Salterpyn tablet?

Salterpyn tablet can cause several side effects. Consult your doctor if you observe any of the following side-effects, especially if they do not go away.

•          Salterpyn Tablet may also cause side-effects not listed here.

If you notice other side-effects not listed above, contact your doctor for medical advice. You may also report side-effects to your local food and drug administration authority.

In deciding to use a medicine, the risks of taking the medicine must be weighed against the good it will do. This is a decision you and your doctor will make. For this medicine, the following should be considered:

Tell your doctor if you have ever had any unusual or allergic reaction to this medicine or any other medicines. Also tell your health care professional if you have any other types of allergies, such as to foods, dyes, preservatives, or animals. For non-prescription products, read the label or package ingredients carefully.

Paracetamol and codeine combination should not be used to relieve pain after surgery to remove tonsils or adenoids in any children. Severe breathing problems and deaths have been reported in some children who received codeine after tonsil or adenoid surgery.

Appropriate studies performed to date have not demonstrated geriatric-specific problems that would limit the usefulness of Paracetamol and codeine combination in the elderly. However, elderly patients are more likely to have age-related liver, kidney, heart, or lung problems, which may require caution and an adjustment in the dose for patients receiving Paracetamol and codeine combination.

Studies in women breastfeeding have demonstrated harmful infant effects. An alternative to this medication should be prescribed or you should stop breastfeeding while using this medicine.

Although certain medicines should not be used together at all, in other cases two different medicines may be used together even if an interaction might occur. In these cases, your doctor may want to change the dose, or other precautions may be necessary. When you are taking this medicine, it is especially important that your healthcare professional know if you are taking any medicine that can interact with this medication. 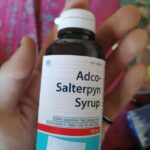 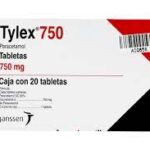 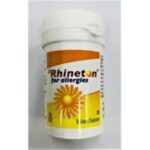