There are several brands of phenazopyridine which include:

How should Phenazopyridine be used?

Phenazopyridine comes as a tablet or capsule to take by mouth. It usually is taken three times a day after meals. Do not chew or crush the tablets as it may cause your teeth to become stained; swallow them whole with a full glass of water. You may stop taking this drug when pain and discomfort completely disappear. Follow the directions on your prescription label carefully, and ask your doctor or pharmacist to explain any part you do not understand. Take phenazopyridine exactly as directed. Do not take more or less of it or take it more often than prescribed by your doctor.

Other uses for this medicine

This medication is sometimes prescribed for other uses; ask your doctor or pharmacist for more information.

•        tell your doctor and pharmacist if you are allergic to phenazopyridine or any other drugs.

•        tell your doctor and pharmacist what prescription and nonprescription medications you are taking, including vitamins.

•        tell your doctor if you have or have ever had kidney disease or glucose-6-phosphate dehydrogenase (G-6-PD) deficiency (an inherited blood disease).

What should I do if I forget a dose?

Take the missed dose as soon as you remember it. However, if it is almost time for the next dose, skip the missed dose and continue your regular dosing schedule. Do not take a double dose to make up for a missed one.

What are the possible side effects of Pyridium?

Phenazopyridine may cause serious side effects including:

The most common side effects of Phenazopyridine include:

These are not all the possible side effects of Phenazopyridine. For more information, ask your doctor or pharmacist.

Call your doctor for medical advice about side effects. You may report side effects to FDA at 1-800-FDA-1088.

What other drugs could interact with Phenazopyridine?

There may be an interaction between phenazopyridine and any of the following: 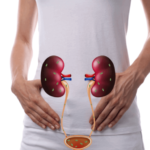 What Happens If You Take Pyridium For More Than 2 Days? 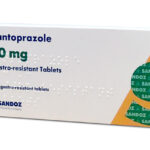 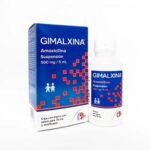 What Happens If You Stop Taking Statins?

What Happens If You Take Pyridium For More Than 2 Days?