Xifaxan is a brand of rifaximin an oral antibiotic previously marketed for the treatment of traveler’s diarrhea and hepatic encephalopathy. It is now also labeled for the treatment of irritable bowel syndrome (IBS) with diarrhea. Irritable bowel syndrome (IBS) is a common disorder that affects the large intestine. Signs and symptoms include cramping, abdominal pain, bloating, gas, and diarrhea or constipation, or both. IBS is a chronic condition that you’ll need to manage long-term.

Xifaxan has activity against anaerobic, gram-positive, and gram-negative bacteria, including Clostridium difficile. It is not systemically absorbed and is active only in the gastrointestinal tract. It may work by reducing bacterial byproducts and altering intestinal microbiota.

Between 3 percent and 20 percent of Americans experience irritable bowel syndrome (IBS) symptoms. The condition affects more women than men. Some people with IBS have minor symptoms. However, for others, the symptoms are significant and disrupt daily life.

How should I take Xifaxan (rifaximin)?

The recommended dosage regimen for Xifaxan (rifaximin) is as follows:

What foods should I avoid while taking Xifaxan (rifaximin)?

People taking Xifaxan (rifaximin) especially for IBS should avoid the following foods so as not to aggravate symptoms:

Sugar-free Chewing Gums: Many sugar-free gums are made with artificial sweeteners such as sorbitol and xylitol, which have been shown to cause diarrhea. In addition, chewing gum leads to more swallowed air and gassiness.

What other drugs will affect Xifaxan (rifaximin)?

Tell your doctor about all your other medicines, especially:

Antibiotic medicines can cause diarrhea, which may be a sign of a new infection. If you have diarrhea that is watery or bloody, call your doctor before using anti-diarrhea medicine.

What are the possible side effects of Xifaxan (rifaximin)?

Get emergency medical help if you have signs of an allergic reaction: hives; difficult breathing; swelling of your face, lips, tongue, or throat. 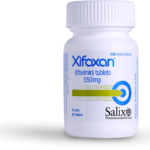 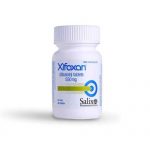 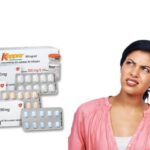 What Should I Avoid While Taking Keppra (Levetiracetam)? 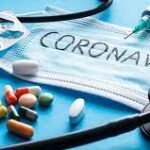 List of Drugs to Use, Avoid When Treating COVID-19
<
Tags
foods to avoid while taking xifaxan or rifaximin

Laxatives: Meaning, Types, How to Use Them, Side Effects