Tinnitus medical term used to describe hearing sounds that come from inside your body, rather than from an outside source. It’s often described as “ringing in the ears”, although several sounds can be heard, including:

Some people may hear sounds similar to music or singing, and others hear noises that beat in time with their pulse (pulsatile tinnitus).

You may also notice that your hearing is not as good as it used to be or you’re more sensitive to everyday sounds (hyperacusis).

Tinnitus is rarely a sign of a serious underlying condition. For some people, it may come and go and only be a minor irritation. However, for some people, it can have a significant impact on everyday life and be very distressing, affect concentration, and cause problems such as difficulty sleeping (insomnia) and depression.

In many cases, tinnitus will get better gradually over time, either by disappearing or by the body getting used to it (habituation). But it’s important to seek medical advice to see if an underlying cause can be found and treated and to help you find ways to cope with the problem.

Omeprazole is a proton pump inhibitor that decreases the amount of acid produced in the stomach. Omeprazole is used to treat symptoms of gastroesophageal reflux disease (GERD) and other conditions caused by excess stomach acid. It is also used to promote the healing of erosive esophagitis (damage to your esophagus caused by stomach acid). Omeprazole may also be given together with antibiotics to treat gastric ulcers caused by infection with Helicobacter pylori (H. pylori). Over-the-counter (OTC) omeprazole is used in adults to help control heartburn that occurs 2 or more days per week.

Can omeprazole cause tinnitus?

Studies indicate that tinnitus is listed as an adverse drug reaction among people using Omeprazole. Omeprazole is a proton pump inhibitors (PPI) and theoretically, PPIs could inhibit H+/K+ -ATP-ase in the inner ear, leading to suppression of the endocochlear potential. Disturbance of the endocochlear potential may lead to hearing loss and/or tinnitus.  An association between omeprazole and rare auditory adverse reactions has been previously reported briefly in literature.

How soon will the tinnitus occur after taking omeprazole?

Tinnitus may show up very quickly after you begin taking an ototoxic medication, or it may take several days for it to become obvious to you. For example, tinnitus from loop diuretics may start just minutes after you begin receiving them intravenously (directly into a vein). In contrast, tinnitus may not show up until two or three days after taking an aminoglycoside antibiotic. Strangely enough, with certain drugs, such as benzodiazepines (a class of tranquilizers), tinnitus may only start after you have stopped taking the drug.

Is tinnitus from omeprazole permanent?

Tinnitus arising from taking ototoxic drugs like omeprazole may, or may not, be permanent. The good news is that tinnitus resulting from taking such drugs is often temporary and goes away in a few days to a few weeks after you stop taking the drug. You Can Find Useful Information On: Can I Use Omeprazole And Alcohol? 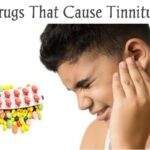 Ringing: 5 Common Drugs That Cause Tinnitus 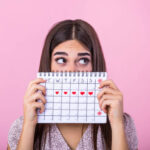 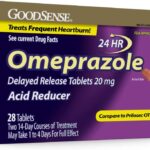 When to Take Omeprazole at Night? 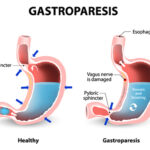 Can Omeprazole Cause Gastroparesis?
<
Tags
Is Tinnitus From Omeprazole Permanent

What Does Xylazine Do to Humans?