Virtually every patient wants prescriptions to be effective. Some medications work more effectively when taken at specific times. When getting a new prescription, the pharmacist is tasked with reviewing important information with you regarding medication management. Among the things he or she may cover is when to take medication. Just like certain prescriptions should be taken with food or with a full glass of water for best results, timing also matters when it comes to taking your daily medications.

Research has shown that in some cases, it may be important to take a drug at a particular time of day. This approach, known as chronotherapy, is gaining attention as research suggests a relationship between when we take medications and how well they work.

The best time to take medication may vary depending on the drug, but if your pharmacist says to take your dose at the same time each day, it’s best that you do so.

Citalopram, more commonly known by the brand name Celexa is an antidepressant of the selective serotonin reuptake inhibitor class that is used to treat depression. Although the primary FDA-approved clinical use for citalopram is for the treatment of depression in adults, the medical is also used off-label for the treatment of the following conditions: alcohol use disorder, coronary arteriosclerosis, obsessive-compulsive disorder, panic disorder, postmenopausal flushing, and premenstrual dysphoric disorder.

As earlier stated, citalopram is part of the antidepressant drug class called selective serotonin reuptake inhibitors (SSRIs). A class of drugs is a group of medications that work in a similar way. These drugs are often used to treat similar conditions. SSRIs act in your brain to increase levels of a substance called serotonin. Having more serotonin in your brain can improve symptoms of depression.

How should I take citalopram?

Citalopram comes as a tablet and a solution (liquid) to take by mouth. It is usually taken once a day, in the morning or in the evening, with or without food. Take citalopram at around the same time every day.

Follow the directions on your prescription label carefully, and ask your doctor or pharmacist to explain any part you do not understand. Take citalopram exactly as directed and avoid alcohol. Do not also take more or less of it or take it more often than prescribed by your doctor.

Your doctor may start you on a low dose of citalopram and gradually increase your dose, not more often than once a week.

It may take 1 to 4 weeks before you notice the full benefit of citalopram. Continue to take citalopram even if you feel well. Do not stop taking citalopram without talking to your doctor. Your doctor will probably decrease your dose gradually. If you suddenly stop taking citalopram, you may experience withdrawal symptoms such as mood changes, irritability, agitation, dizziness, numbness, tingling or electric shock-like sensations in the hands or feet, anxiety, confusion, headache, tiredness, nausea, sweating, shaking, frenzied or abnormally excited mood, and difficulty falling asleep or staying asleep. Tell your doctor if you experience any of these symptoms while you are decreasing your dose of citalopram or soon after you stop taking citalopram.

5 Benefits Of Taking Citalopram At Night

What are the other side effects of citalopram?

The more common side effects of citalopram can include:

•          sexual problems, such as a decreased interest in sex, ejaculation disorder, impotence (trouble getting or keeping an erection)

•          upper respiratory infection (infection in your nose or throat)

Serious side effects from citalopram aren’t common, but they can occur. Call your doctor right away if you have serious side effects. Call 911 if your symptoms feel life-threatening or if you think you’re having a medical emergency.

•          Withdrawal symptoms when you stop using the drug. For details, see the “Celexa withdrawal” section below.

•          Mania or hypomania (racing thoughts or periods of high energy). Symptoms can include:

•          Serotonin syndrome (high levels of the chemical serotonin). Symptoms can include:

•          Seizures (changes in the electrical activity of your brain). Symptoms can include:

Citalopram may cause other side effects. Call your doctor if you have any unusual problems while taking this medication. 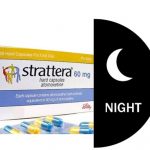 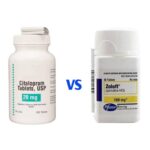 Citalopram vs. Sertraline: Differences, Similarities, Which Is Better? 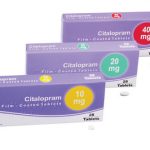 Is Citalopram a Controlled Substance? 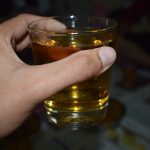 What Happens If You Drink Alcohol While On Citalopram?
<
Tags
Benefits Of Taking Citalopram At Night

Can You Take Loratadine With High Blood Pressure?