Constipation remains one of the most common digestive problems in the United States. Around 16 out of 100 U.S. adults have constipation. This figure doubles for adults over age 60. It’s defined as having hard, dry bowel movements or passing stool fewer than three times a week.

However, you may be constipated if you experience the following symptoms:

The National Institute of Diabetes and Digestive and Kidney Diseases (NIDDK) recommends seeking medical advice if symptoms don’t go away or if you notice the following:

A healthcare professional may carry out tests to rule out a more serious condition, such as colorectal cancer or irritable bowel syndrome (IBS).

Dulcolax (Bisacodyl) is a medicine used for the treatment of constipation. It’s a laxative, and it helps you empty your bowels. It is often used in hospitals before surgery or some internal examinations or treatments. It works by increasing movement in the intestines. Dulcolax stimulates the muscles in the wall of the small intestine and the colon to stimulate the movement of the intestine. It also alters the levels of water and electrolytes in the intestines, increasing the level of fluids that also produce a laxative effect.

Dulcolax can generally be taken at any time except within 1 hour of consuming dairy products or antacids. They have a special ‘enteric coating’, which protects the tablet from the stomach’s acidic environment and ensures it’s released in the small intestine, where it’s needed most. Discontinue if rectal bleeding or no bowel movement occurs. Do not use if abdominal pain, nausea, or vomiting is present.

Dulcolax® has a variety of products, from laxative tablets and stool softeners to soft chews and suppositories, to put you comfortably in control.

How many tablets can I take?

According to the manufacturer, adults and children over 12 can take 1 to 3 tablets in a single daily dose for up to 7 days. If this is the first time taking a laxative for constipation, we recommend taking 1 to 2 tablets in a single daily dose. Take tablets 30 to 60 minutes before your normal bedtime to produce a bowel movement the next morning. With experience, you may increase your daily dosage to 2 or 3 tablets, if needed. For children less than 12 years of age, refer to the Dulcolax Laxative Drug Facts for dosing information.

How long does Ducolax last?

Do not use or take Dulcolax every day for more than 5 days. If you take Dulcolax for longer, your body can start to rely on it, rather than your bowels doing the work on their own. If you are still constipated after 5 days, talk to your doctor.

How long does Dulcolax stay in your system?

•        Amount: The higher the dose of Dulcolax you have been taking, the longer Dulcolax will take to be removed from your system.

•        Genetics: Genes predispose people to different metabolic functions, which is a key factor in how your body processes medications like Dulcolax, for this reason, your genetic makeup comes into play when estimating how long Dulcolax will remain in your system.

•        Kidney and liver functions: The liver and kidneys eliminate everything you ingest, and Dulcolax is no exception. If your liver or kidneys are damaged, it will most likely take longer for your body to remove the Dulcolax from your system.

•        Metabolism: Your metabolism determines how quickly you process foods, liquids, and drugs such as Dulcolax. If your metabolism is slow, it will take longer for your body to process and eliminate Dulcolax from its system than for someone with a fast metabolism.

Dulcolax has a half-life of approximately 16 hours. The half-life of a drug is the time it takes for the amount of a drug’s active substance in your body to reduce by half. About 94 to 97% of a drug will have been eliminated after 4 to 5 half-lives. Thus, it follows that after 4 to 5 half-lives, the plasma concentrations of a given drug will be below a clinically relevant concentration and thus will be considered eliminated. This means that Dulcolax will clear out of a person’s system within 4 days (approximately 80 hours).

What are the side effects of Dulcolax?

This is not a complete list of Dulcolax side effects. Ask your doctor or pharmacist for more information.

Tell your doctor if you have any side effect that bothers you or that does not go away.

Call your doctor for medical advice about side effects. You may report side effects to the FDA at 1-800-FDA-1088. 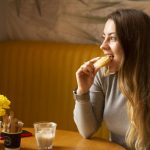 Can I Eat After Taking Dulcolax? 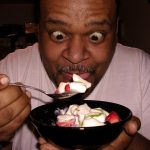 Should You Eat After Taking Laxatives?

How Much Miralax Can I Take For Severe Constipation? 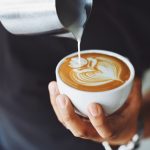 Can You Put MiraLAX In Coffee?
<
Tags
How Long Does Dulcolax Last

Can Xanax Lower Your Blood Pressure?

Does Taking Viagra Increase The Size of Your Penis?