Alprazolam is a prescription medication that belongs to a class of medications called benzodiazepines. Benzodiazepines are medications that have anti-anxiety producing properties. This medication is indicated for the treatment of anxiety disorder (a condition corresponding most closely to the APA Diagnostic and Statistical Manual [DSM-III-R] diagnosis of generalized anxiety disorder), or the short-term relief of symptoms of anxiety. Generalized anxiety disorder (also anxiety) is characterized by unrealistic or excessive anxiety and worry over circumstances of life for a period of time. Anxiety or tension problems associated with the stress of everyday life usually do not require treatment with this drug.

Alprazolam tablets are also indicated for the treatment of panic disorder, with or without agoraphobia. This drug is also used as a treatment for anxiety associated with depression. This medication must be prescribed by a doctor and is available by prescription only.

There is very little published literature to describe the pharmacology, toxicology or dependence potential for flualprazolam itself, though what is known suggests that the effects are comparable to the structurally similar alprazolam.

Diffrences and Similarities Between Flualprazolam and Alprazolam

Manufacture and Usage:  although these two medication both belong to the benzodiazepine class of drugs, alprazolam is manufactured by licensed pharmaceutical companies and sold in hospitals and pharmacies to be used in short-term management of anxiety disorders, specifically panic disorder or generalized anxiety disorder while flualprazolam is manufactured by several laboratories for research purposes and is easily available on the internet. It is sold by several internet companies for research purposes with discussions on online forums indicating that some people consume flualprazolam for its psychoactive effects, and report similar effects, including adverse effects, to alprazolam.

Addictive potential: both alprazolam and flualprazolam are highly addictive and a person who abuses them faces a host of symptoms. However, designer drugs like flualprazolam, while seemingly harmless for a fun night out, can have devastating results. Designer drugs are so dangerous because their potency and chemical makeup can vary greatly depending on where it was made. The underground chemistry labs were they are made are not regulated, and the result can be irregular ingredient amounts as well as the presence of other potentially harmful drugs.

Side effects: studies indicate that since alprazolam and flualprazolam belong to the same family, they are likely to produce similar side effects. However, if designer drugs are laced with another drug that the consumer is not aware of, it could lead to overdose. Also, because they lack uniformity, designer drugs can lead to dangerous side effects like hallucinations, dizziness, violent outbreaks, headaches, vomiting, heart complications, and more. Not to mention the fact that because these drugs are often taken in a party environment, many users will also consume alcohol at the same time that can make these side effects worse or lead to even more health problems.

Legality: flualprazolam and alprazolam are both controlled  substance in the United States, placed under schedule IV of the Controlled Substances Act. Many of the chemicals fall under the various drug analogue legislations in certain countries, but most countries have no general analogue act or equivalent legislation and so novel compounds may fall outside of the law after only minor structural modifications.

Potency: according to online users’ forums, flualprazolam is mainly used as hypnotic/sedative than as anxiolytic, causing ‘relaxation and immediate feelings of sleepiness’. A more intense hangover feeling as compared to other benzodiazepines has been described. Its higher potency has been observed by users, who suggest that flualprazolam is 3–4 times stronger than alprazolam and equivalent to clonazepam. The euphoria will last a few hours, but the main benzodiazepine effects will last well into the next day if taken in doses of 0.75–2 mg’. Tolerance seems to build quickly, and withdrawal symptoms are mainly consisting of tinnitus and insomnia. 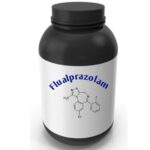 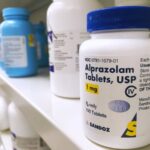 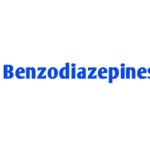 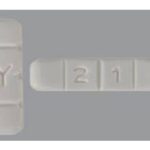 What Pill Has Y 21 On It?
<
Tags
Flualprazolam Vs Alprazolam