Sleepiness refers to feeling drowsy or tired or being unable to keep your eyes open. Sleepiness can be accompanied by lethargy, weakness, and lack of mental agility. While most people feel drowsy at some point or another, persistent sleepiness or fatigue, especially at inappropriate times, can indicate a sleep disorder or other medical problem.

Many medications, especially tranquilizers, and sleeping pills, list drowsiness as a possible side effect. These medications have a label that warns against driving or operating heavy machinery while using these drugs.

Mucinex is a brand of guaifenesin, an expectorant used for the temporary relief of coughs caused by the common cold, bronchitis, and other breathing illnesses. This product is usually not used for ongoing coughs from smoking or long-term breathing problems (such as chronic bronchitis, or emphysema) unless directed by your doctor. Guaifenesin is an expectorant. It works by thinning and loosening mucus in the airways, clearing congestion, and making breathing easier. Other common brands include Diabetic Tussin, Mucinex Children’s Chest Congestion, and Mucinex Fast-Max SE Chest Congestion.

Mucinex comes in many different formulations, including extended-release (ER) tablets, liquids, and dissolving granules to take by mouth. The tablets, capsules, dissolving granules, and syrup are usually taken with or without food every 4 hours as needed. The extended-release tablet is usually taken with or without food every 12 hours. Follow the directions on the package or on your prescription label carefully, and ask your doctor or pharmacist to explain any part you do not understand. Take guaifenesin exactly as directed. Do not take more or less of it or take it more often than prescribed by your doctor.

Ask your doctor or pharmacist for advice on which product is best for your symptoms. Check nonprescription cough and cold product labels carefully before using two or more products at the same time. These products may contain the same active ingredient(s) and taking them together could cause you to receive an overdose. This is especially important if you will be giving cough and cold medications to a child.

Swallow the extended-release tablets whole with a full glass of water. Do not break, crush, or chew them.

If you are taking the dissolving granules, empty the entire contents of the packet onto your tongue and swallow.

If your symptoms do not improve within 7 days or if you also have a high fever, a rash, or a headache that does not go away, call your doctor.

Does Mucinex Make You Sleepy?

Yes, Mucinex is a centrally acting muscle relaxant with sedative effects. This can cause dizziness and drowsiness. Mucinex D which contains guaifenesin and pseudoephedrine can also keep some people up at night because it causes nervousness which makes them lose sleep.

In addition, taking Mucinex at night with sleeping pills might actually keep you from falling asleep. Mucinex will loosen your mucus, which can cause you to wake up to cough.

Does Mucinex Fast-Max make you sleepy?

Sleeplessness is a common side effect of Mucinex Fast-Max because it contains an additional ingredient Phenylephrine which stimulates alpha-adrenergic receptors that are responsible for central nervous system stimulant effects such as restlessness, anxiety, and insomnia.

How long does Mucinex make you sleepy?

Mucinex has a half-life of one hour, which can be reasonably considered a short time. The drug’s effects also peak about an hour after being taken. After that time, the effects begin to wear off. A standard 400 mg dose is completely eliminated after eight hours.

How much Mucinex will put you to sleep?

Mucinex is not a sleep medication. If you have been prescribed Mucinex, use the medication as directed. It is generally advised to be taken every 12 hours and should be avoided in children under 12 years old.

For adults, you can use 600-1200 mg of extended-release guaifenesin every 12 hours. Do not use more than 2,400 mg in 24 hours and follow the directions as indicated on the medication bottle.

Overdose with Mucinex is unlikely to produce toxic effects since its toxicity is low. Very large doses may cause nausea and vomiting. Tell your doctor or pharmacist as soon as possible if you do not feel well while you are using guaifenesin. All medicines can have side effects.

Can you get addicted to Mucinex?

Yes, Mucinex has a risk for abuse and addiction, which can lead to overdose and death. This medication may also cause severe, possibly fatal, breathing problems. Only use Mucinex for cough and chest congestion from mucus buildup. If you have another type of cough or are unsure what’s causing your cough, speak with a doctor before using Mucinex.

The side effects that people can experience with Mucinex are usually mild to moderate. Some of the common side effects typically affect three different systems of the body.

Mucinex may cause the following digestive issues:

Mucinex may also cause:

Mucinex can sometimes lead to a rash or hives.

Generally, if you use guaifenesin or Mucinex as directed, you should not have serious side effects. However, overuse or misuse can cause problems.

Taking a dosage that’s too high may increase your risk of:

Mucinex may cause other side effects. Call your doctor if you have any unusual problems while you are taking this medication.

Before taking Mucinex, a pharmacist or doctor should be contacted and provided with the following information if applicable: 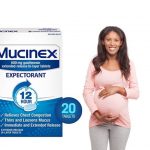 Is Mucinex Safe During Pregnancy? 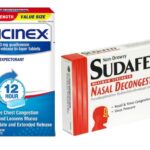 Can You Take Mucinex and Sudafed Together? 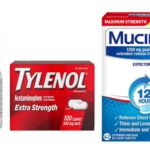 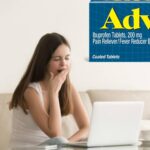 Does Tylenol Make You Sleepy?

Does Zofran Make You Sleepy?