It is estimated that worldwide there are nearly 12.7 million people who inject drugs. Approximately 1.7 million, or 13%, are also living with HIV. Injecting drug use is found in nearly every country. Injection drug use is commonly a peer-driven or socially influenced process. Typically, the first time a person injects, he or she will receive assistance from a more experienced injecting drug user to do so.

Injecting a drug has more risks than other methods. People are exposed not only to the effects of the drug but also to problems related to injection itself, such as the following:

•          Adulterants: Adulterants are substances that are added to a drug to alter its physical qualities. They are usually added, without the user’s knowledge, to reduce costs or to make the drug easier to use. Thus, users do not know what they are injecting. In street drugs such as heroin and cocaine , adulterants may also be added to enhance the drug’s mind-altering properties or to substitute for the drug. Quinine, a common heroin adulterant, can cause heart abnormalities, visual problems, and deafness. Levamisole, a common cocaine adulterant, causes blood vessel inflammation and severe damage to the skin of the ears, nose, and face.

•          Fillers: Some people crush tablets of prescription drugs, dissolve them, and inject the solution intravenously. These people are injecting the fillers that tablets commonly contain (such as cellulose, talc, and cornstarch). Fillers can become trapped in the lungs, causing inflammation. Fillers can also damage heart valves, increasing the risk of infection there (endocarditis ).

•          Bacteria and viruses: Injecting drugs with unsterilized needles, particularly needles used by someone else, can introduce bacteria and viruses into the body. As a result, abscesses may develop near the injection site, bacteria or viruses may travel through the bloodstream to other parts of the body, such as the lungs, heart, brain, liver, or bones, and cause infection. Infection of the heart valves (endocarditis ) is a common serious consequence of injecting drugs contaminated with bacteria or using dirty needles. Sharing needles can spread serious infections, such as hepatitis B and C and human immunodeficiency virus (HIV) infection .

•          Injuries due to needle use: Drug abuser’s elbow (myositis ossificans) is caused by repeated, inept needle punctures. The muscle around the elbow is replaced with scar tissue. Subcutaneous injections (those given under the skin, also called skin popping) can cause skin sores. Intravenous injections lead to scarring of veins (track marks), which makes the veins more and more difficult to inject and impairs blood flow.

How Is Injection Drug Use treated

Beyond overdose, specific treatment depends on the drug being used, but it typically involves counseling and sometimes involves use of other drugs. Family support and support groups help people remain committed to stopping use of the drug.

Treatment of complications is the same as that for similar complications with other causes. For example, abscesses may be drained, and antibiotics may be used to treat infections.

Because sharing needles is a common cause of HIV infection, a harm-reduction movement was started. Its purpose is to reduce the harm of drug use in users who cannot stop. Thus, users are provided clean needles and syringes so they do not reuse others’ needles. This strategy helps reduce the spread (and the cost to society) of HIV infection and hepatitis. 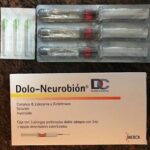 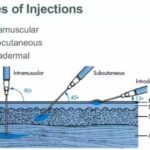 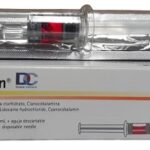 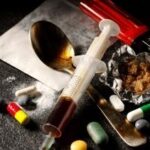 How Drug Use Promote Viral Infections