Allergies are abnormal reactions of the immune system that occur in response to otherwise harmless substances. Allergies are among the most common medical disorders. It is estimated that 60 million Americans, or more than one in every five people suffer from some form of allergy, with similar proportions throughout much of the rest of the world. Allergy is the single largest reason for school absence and is a major source of lost productivity in the workplace.

Atopy is the genetic tendency to develop allergic diseases. When atopic people are exposed to allergens, they can develop an immune reaction that leads to allergic inflammation. This can cause symptoms in the:

What happens when you have an allergic reaction?

When a person who is allergic to a particular allergen comes into contact with it, an allergic reaction occurs:

•          When the allergen (such as pollen) enters the body, it triggers an antibody response.

•          When the pollen comes into contact with the antibodies, the mast cells respond by releasing histamine.

•          When the release of histamine is due to an allergen, the resulting inflammation (redness and sweliing) is irritating and uncomfortable.

Similar reactions can occur to some chemicals and food additives. However if they do not involve the immune system, they are known as adverse reactions, not allergy.

What are the non active ingredient of a medicine?

Can you be allergic to non active ingredient of a medicine?

Yes, consumers sometimes have allergies to non active ingredient of a medication this can involve components, such as a preservative or a dye. Several reports have been received describing preventable allergic reactions to nonmedicinal ingredients. In one example, a consumer took the antibiotic amoxicillin and experienced an allergic reaction to a corn-based ingredient in the medicine. The consumer’s allergy was noted in the pharmacy’s computer system. However, most pharmacy computers are not set up to warn about problems with all nonmedicinal ingredients.

To reduce the risk of allergic reactions to nonmedicinal ingredients in medicines:

• Tell your doctor or pharmacist about all of your allergies, including food and environmental allergies.

• Learn the names of the nonmedicinal ingredients to which you are allergic. Some ingredients may have more than one name or may be a common ingredient used in making medicines. Here are 3 examples:

o Arachis oil is another name for peanut oil

• Ask your doctor or pharmacist for information about the current nonmedicinal ingredients found in your medicines. The companies that make your medicines may need to be contacted, as these ingredients can change over time.

Reporting a drug problem to the FDA

You can play an important public health role. The FDA wants your help in reporting any adverse reactions or other problems with products it regulates.

FDA works to ensure that foods are safe, wholesome, and correctly labeled. The MedWatch program monitors adverse effects and problems with medical products it regulates. This includes human drugs and medical devices, for example. MedWatch is a voluntary reporting system. Consumers and health professionals can file a report online with MedWatch.

You also can call the FDA Division of Drug Information at 301-827-4573. Request that they send you a MedWatch Voluntary Reporting Form. 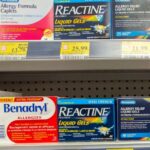 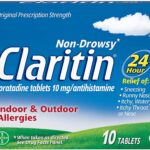 What is the Active Ingredient In Claritin? 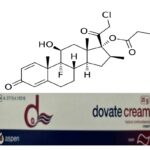 What Is The Active Ingredient In Dovate Cream? 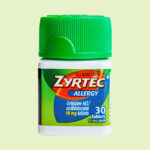 How to Use Tylenol (Acetaminophen) Safely