When Antrolin should not be used

What you need to know before using Antrolin

During the clinical trial, no undesirable effects resulting from possible systemic absorption of the drug were reported. Antrolin rectal cream must however be used with extreme caution in patients who have severely damaged mucous membranes and inflammation in the region to be treated, as in such situations there could be an excessive absorption of the active ingredients. Furthermore, the medicine should be used with caution in diabetic patients or in those with severe hepatic and / or renal insufficiency.

Treatment with Antrolin rectal cream should be under medical supervision in very elderly patients, as well as in those under the age of 18 and in patients being treated with beta-blocking or antihypertensive drugs .

It is advisable to check blood pressure at the beginning and periodically during treatment. In case of failure of the therapy (absence of improvement or worsening of the symptoms) it is necessary to suspend the treatment and consult the doctor for other measures.

How to use Antrolin cream

For endorectal and perianal applications: Apply the cream 2 times a day for at least three weeks.

What to do if you have taken an overdose of Antrolin

In cases of severe Nifedipine intoxication, disturbances of consciousness up to coma, drop in blood pressure and altered heart rhythm and cardiogenic shock may occur. As for the treatment, beta- sympathomimetics can be used for bradycardic heart rhythm disturbances and, in case of severe hypotension, calcium gluconate (10-20ml of 10% solution slowly intravenously ) and possibly dopamine or noradrenaline.

Most of the toxic reactions to local anesthetics and lidocaine in humans involve the CNS; there is a sensation of “light head” and dizziness, often followed by visual and auditory disturbances, such as accommodation difficulties and tinnitus and in the most severe cases, CNS depression and convulsions.

What are the side effects of Antrolin cream?

During the clinical trial phase, no undesirable effects due to possible systemic absorption of the two active ingredients ( headache, dizziness, peripheral vasodilation, hypotension, dizziness and tremors ) were highlighted.

Notify your doctor or pharmacist of any undesirable effects that are not described or cannot be explained here.

Which drugs or foods can change the effect of Antrolin?

Can I use Antrolin cream during pregnancy and breastfeeding?

No, Antrolin cream should NOT be used during pregnancy or breastfeeding. Nifedipine and lidocaine cross the placental barrier and are excreted in breast milk . In studies in rats and rabbits, nifedipine was shown to cause teratogenic effects. Lidocaine did not highlight any risks to the fetus. However, it is recommended not to use the product in pregnant and lactating women.

Warnings related to some excipients present in the medicinal product

Topical application of the drug in excessive doses and / or for prolonged periods of time can give rise to sensitization phenomena and local reactions of hyperemia and bleeding, which disappear when treatment is suspended. 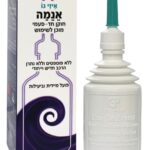 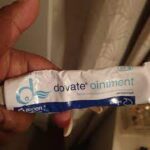 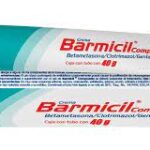 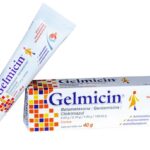