Luvox is a brand of fluvoxamine a selective serotonin reuptake inhibitor (SSRI) that is used primarily to treat obsessive-compulsive disorder in adults and children ages 8 and up. Luvox was developed by Kali-Duphar, part of Solvay Pharmaceuticals, Belgium, now Abbott Laboratories, and introduced as Floxyfral in Switzerland in 1983. It was approved by the U.S. Food and Drug Administration (FDA) in 1994 and introduced as Luvox in the US following approval by the US FDA.

In India, it is available among several other brands, such as Uvox by Abbott. It was one of the first SSRI antidepressants to be launched and is prescribed in many countries to patients with major depression.

Fluvoxamine is approved by the Food and Drug Administration (FDA) for the treatment of obsessive-compulsive disorder and is used for other conditions, including depression. Fluvoxamine is not FDA-approved for the treatment of any infection. A clinical trial published in The Lancet in October 2021 suggested that fluvoxamine can reduce the severity of COVID-19 symptoms. It is on the World Health Organization’s List of Essential Medicines.

Why Was Luvox Taken Off The Market?

Luvox CR which has been available in the U.S. Market since 1994 was discontinued in 2002. Although no official reason was given for the discontinuation, the action was linked to violent behavior and suicidal thinking in children and teenagers the drug triggers and increases. These thoughts or actions usually happen in the first few months of treatment or during dosage changes.

Luvox received a lot of bad press coverage related to the Columbine Massacre which occurred on April 20, 1999, when two teenage gunmen killed 13 people in a shooting spree at Columbine High School in Littleton, Colorado, south of Denver. At approximately 11:19 a.m., Dylan Klebold, 17, and Eric Harris, 18, dressed in trench coats, began shooting students outside the school before moving inside to continue their rampage. By 11:35 a.m., Klebold and Harris had killed 12 fellow students and a teacher and wounded another 23 people. Shortly after noon, the two teens turned their guns on themselves and died by suicide.

The Action of the boys was linked to Luvox when reports surfaced that one of the gunmen (Eric Harris) was rejected by Marine Corps recruiters days before the Columbine High School massacre because he was under a doctor’s care and had been prescribed Luvox. Following the bad press that followed sales and prescriptions for Luvox plummeted and the drug was eventually removed from the US market in 2002.

What are the possible side effects of Luvox?

According to Healthline, the side effects of Luvox are slightly different for adults and children.

Side effects for both adults and children can include:

Additional side effects for children can include: 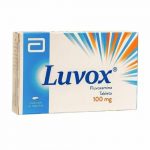 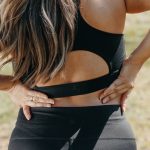 Why Was Trilostane Taken Off The Market? 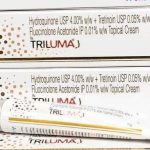 Why Was Tri-Luma Taken Off The Market? 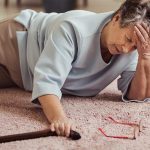 Fucibet Cream: Uses, How it works, Side Effects, Reviews

Why Was Fosamax Taken Off The Market?