What Is Fluvoxamine (Luvox) And What Does It Treat?

Fluvoxamine (Luvox) is an antidepressant of the selective serotonin reuptake inhibitor (SSRI) class. It is approved for the treatment of obsessive-compulsive disorder (OCD) in adults and children ages 8 and older.

Obsessive-Compulsive Disorder (OCD) occurs when a person experiences the following symptoms at the same time:

•        Compulsions (repetitive, ritualized behaviors that the person feels driven to perform in order to lessen the anxiety produced by the obsessions)

Fluvoxamine (Luvox) may also be helpful when prescribed “off-label” for major depressive disorder (MDD), social phobia (also known as social anxiety disorder), posttraumatic stress disorder (PTSD), panic disorder, and eating disorders including bulimia nervosa, and binge-eating disorder. “Off-label” means that it hasn’t been approved by the Food and Drug Administration for this condition. According to a study published in The Lancet in October 2021, fluvoxamine reduces the severity of COVID-19 symptoms.

Your health provider should justify his or her thinking in recommending an “off-label” treatment. They should be clear about the limits of the research around that medication and if there are any other options.

Fluvoxamine (Luvox) is a potent selective serotonin reuptake inhibitor with around 100-fold affinity for the serotonin transporter over the norepinephrine transporter. It has negligible affinity for the dopamine transporter or any other site, with the sole exception of the σ1 receptor. It behaves as a potent agonist at this receptor and has the highest affinity (36 nM) of any SSRI for doing so. This may contribute to its antidepressant and anxiolytic effects and may also afford it some efficacy in treating the cognitive symptoms of depression. Unlike some other SSRIs, fluvoxamine’s metabolites are pharmacologically neutral.

What Is The Most Important Information I Should Know About Fluvoxamine (Luvox)?

Do not stop taking fluvoxamine, even when you feel better. With input from you, your health care provider will assess how long you will need to take the medicine.

Missing doses of fluvoxamine may increase your risk for relapse in your symptoms.

Stopping fluvoxamine abruptly may result in one or more of the following withdrawal symptoms: irritability, nausea, dizziness, vomiting, nightmares, headache, and/or paresthesias (prickling, tingling sensation on the skin).

What Should I Discuss With My Health Care Provider Before Taking Fluvoxamine (Luvox)?

•        Symptoms of your condition that bother you the most

•        If you have thoughts of suicide or harming yourself

•        Medications you have taken in the past for your condition, whether they were effective or caused any adverse effects

•        If you experience side effects from your medications, discuss them with your provider. Some side effects may pass with time, but others may require changes in the medication.

•        Any other psychiatric or medical problems you have, including a history of bipolar disorder

•        All other medications you are currently taking (including over the counter products, herbal and nutritional supplements) and any medication allergies you have

•        Other non-medication treatments you are receiving, such as talk therapy or substance abuse treatment. Your provider can explain how these different treatments work with the medication.

•        If you are pregnant, plan to become pregnant, or are breastfeeding

How Should I Take Fluvoxamine (Luvox)?

Typically patients begin at a low dose of medicine and the dose is increased slowly over several weeks.

The dose usually ranges from 50 mg to 300 mg. Only your health care provider can determine the correct dose for you.

The extended-release forms should be swallowed whole. They should not be chewed, crushed, or broken.

What Happens If I Miss A Dose Of Fluvoxamine (Luvox)?

If you miss a dose of fluvoxamine, take it as soon as you remember, unless it is closer to the time of your next dose. Discuss this with your health care provider. Do not double your next dose or take more than what is prescribed.

What Should I Avoid While Taking Fluvoxamine (Luvox)?

What Happens If I Overdose With Fluvoxamine (Luvox)?

If an overdose occurs, call your doctor or 911. You may need urgent medical care. You may also contact the poison control center at 1-800-222-1222. A specific treatment to reverse the effects of fluvoxamine does not exist.

How Long Does It Take For Fluvoxamine (Luvox) To Work?

For mothers who have taken SSRIs during their pregnancy, there appears to be less than a 1% chance of infants developing persistent pulmonary hypertension. This is a potentially fatal condition that is associated with the use of the antidepressant in the second half of pregnancy. However, women who discontinued antidepressant therapy were five times more likely to have a depression relapse than those who continued their antidepressant. If you are pregnant, please discuss the risks and benefits of antidepressant use with your health care provider.

Caution is advised with breastfeeding while taking fluvoxamine (Luvox). Limited information from studies indicates that maternal fluvoxamine doses of up to 300 mg daily produce low levels in breastmilk and would not be expected to cause any adverse effects in breastfed infants, especially if the infant is older than 2 months.

What Are The Possible Side Effects Of Fluvoxamine (Luvox)?

Fluvoxamine (Luvox) may cause side effects. Tell your doctor if any of these symptoms are severe or do not go away:

Some side effects can be serious. If you experience any of the following symptoms, call your doctor immediately or get emergency medical treatment:

•        hallucination (seeing things or hearing voices that do not exist)

•        vomiting blood or a material that looks like coffee grounds

Fluvoxamine may cause other side effects. Call your doctor if you have any unusual problems while you are taking this medication.

Is fluvoxamine (Luvox) a safe medication?

SSRI antidepressants including fluvoxamine may increase the risk of bleeding events. Combined use of aspirin, nonsteroidal anti-inflammatory drugs (e.g., ibuprofen, naproxen), warfarin, and other anti-coagulants may increase this risk. This may include symptoms such as gums that bleed more easily, nose bleed, or gastrointestinal bleeding. Some cases have been life-threatening.

Are There Any Risks For Taking Fluvoxamine (Luvox) For Long Periods Of Time?

To date, there are no known problems associated with the long-term use of fluvoxamine. It is a safe and effective medication when used as directed.

What Other Medications May Interact With Fluvoxamine (Luvox)?

Fluvoxamine (Luvox) should not be taken with or within 6 weeks of taking monoamine oxidase inhibitors (MAOIs). These include phenelzine (Nardil®), tranylcypromine (Parnate®), isocarboxazid (Marplan®), rasagiline (Azilect®), and selegiline (Emsam®).

Although rare, there is an increased risk of serotonin syndrome when fluvoxamine is used with other medications that increase serotonin, such as other antidepressants, migraine medications called “triptans” (e.g., Imitrex®), some pain medications (e.g., tramadol (Ultram®), amphetamines, and the antibiotic linezolid (Zyvox®).

Fluvoxamine (Luvox) may increase the levels and effects of:

•        Tricyclic antidepressants, such as amitriptyline (Elavil®)

Fluvoxamine (Luvox) may decrease the effects of clopidogrel (Plavix®).

Fluvoxamine (Luvox) may increase the effects of other medications that can cause bleeding (e.g., ibuprofen (Advil®, Motrin®), warfarin (Coumadin®), and aspirin). 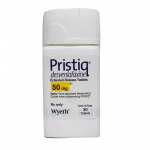 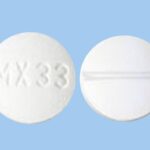 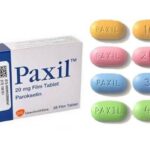 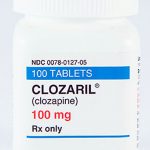 What is the Best Time To Take Fluvoxamine Morning or Night?