Ichthammol ointment is used in medicine (sometimes in combination with zinc oxide) as a treatment for different skin diseases, including eczema and psoriasis. Ointments containing 10% or 20% Ichthammol are the most common. They are sometimes called “black ointments” or “drawing salves”. Ichthammol’s dermatological action was promoted by German physician Paul Gerson Unna.

In otology, a mixture of glycerol and ichthammol (G & I) is used for the topical treatment of ear infections. It is effective against Gram-positive bacteria. The anti-inflammatory action is explained by its influence on the formation, secretion, and effect of inflammation mediators.

Is ichthammol the same as black salve?

Ichthammol does not have any corrosive properties on the skin. Black salve (escharotic paste) should not be confused with “black ointment” or “drawing salve”. The latter are typically ichthammol-containing ointments used for skin conditions including psoriasis and eczema. They are not meant to be escharotics.

How does ichthammol ointment work?

Ichthammol is a sulfurous, tarry product that is mildly antiseptic. It reduces itching and also reduces the excessive hardening and thickening of the skin. It is not fully understood how it works, but it prevents the process by which skin cells become hard, thickened, and scaly due to the deposition of the protein keratin within them (keratinization).

Yellow soft paraffin and wool fat (a waxy substance obtained from the wool of sheep) are both fats that provide a layer of oil on the surface of the skin. They prevent water from evaporating from the skin surface, thus retaining moisture in the skin and helping the ichthammol penetrate dry scaly areas of skin.

Ichthammol ointment has not been found by FDA to be safe and effective as a result it has not been approved by the FDA. Ichthammol was discontinued and withdrawn by several companies largely because it contains polycyclic hydrocarbons (PAH), which is a group of substances that includes known carcinogens. The risk of using Ichthammol ointment topically with respect to carcinogenesis has been of some concern.

According to the CDC, polycyclic hydrocarbons generally have a low degree of acute toxicity to humans. The most significant endpoint of PAH toxicity is cancer. Increased incidences of lung, skin, and bladder cancers are associated with exposure to PAHs. Data for other sites is much less persuasive.

Ichthammol ointment continues to be available because it is considered a cosmetic product. Cosmetic registration in the United States is voluntary, not mandatory. Also, no registration number is required to import cosmetics into this country.

Possible side effects of ichthammol ointment

Medicines and their possible side effects can affect individual people in different ways. The following are some of the side effects that are known to be associated with this medicine. Just because a side effect is stated here, it does not mean that all people using this medicine will experience that or any side effect.

You may also find useful Information on Can Medications Cause Breast Cancer? 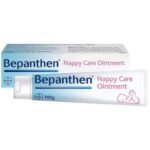 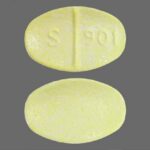 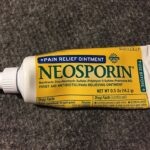 Can I Put Neosporin On My Private Area? 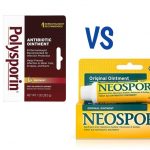 Polysporin vs Neosporin: Which Is Better for Me?
<
Tags
Why is Ichthammol discontinued

What Led to the FDA Banning Backwoods?