Stilpane tablets is a combination analgesic containing 320 mg paracetamol, 8 mg codeine phosphate, 32 mg caffeine and 150 mg meprobamate. Stilpane is a very common pain medication in South Africa accounting for approximately 70% of prescribed meprobamate-containing combination analgesics in the country. Stilpane tablet is a controlled drug (Schedule 5) in South Africa. Controlled prescription medications are medications that can create mental and physical addiction or dependency. There are strict regulations on how they can be filled and how many refills are allowed.

Stilpane tablets are used to help relieve mild to moderate pain (such as headaches, muscle pain). Codeine works in the brain to change how your body feels and responds to pain. Paracetamol can also reduce a fever. Caffeine increases pain relief, especially for certain types of headaches. Meprobamate is in a class of medications called tranquilizers. It works by slowing activity in the brain to allow for relaxation.

Before taking this medication, tell your doctor or pharmacist if you are allergic to meprobamate, codeine, acetaminophen, or caffeine; or to other opioid pain medications (such as morphine); or if you have any other allergies. This product may contain inactive ingredients, which can cause allergic reactions or other problems. Talk to your pharmacist for more details.

Before using Stilpane tablets, tell your doctor or pharmacist your medical history, especially of:

How should I take Stilpane?

Take Stilpane capsules and tablets by mouth. Follow the directions on the prescription label. If the medicine upsets your stomach, take it with food. Do not take your medicine more often than directed.

A special Stilpane MedGuide will be given to you by the pharmacist with each prescription and refill. Be sure to read this information carefully each time.

What if I took too many Stilpane tablets?

What are the side effects of Stilpane tablets?

Some of the common side effects of Stilpane tablets include:

If any of these effects persist or worsen, tell your doctor or pharmacist promptly.

To prevent constipation, eat dietary fiber, drink enough water, and exercise. You may also need to take a laxative. Ask your pharmacist which type of laxative is right for you.

To reduce the risk of dizziness and lightheadedness, get up slowly when rising from a sitting or lying position.

Tell your doctor right away if you have any serious side effects, including:

•        signs of your adrenal glands not working well (such as loss of appetite, unusual tiredness, weight loss)

Get medical help right away if you have any very serious side effects, including:

Codeine is changed into a strong opioid drug (morphine) in your body. In some people, this change happens faster and more completely than usual, which increases the risk of very serious side effects. Get medical help right away if you notice any of the following:

•        itching/swelling (especially of the face/tongue/throat)

This is not a complete list of possible side effects. If you notice other effects not listed above, contact your doctor or pharmacist.

In the US – Call your doctor for medical advice about side effects. You may report side effects to FDA at 1-800-FDA-1088 or at www.fda.gov/medwatch.

In Canada – Call your doctor for medical advice about side effects. You may report side effects to Health Canada at 1-866-234-2345.

What medications can interact with Stilpane tablets?

Drug interactions may change how your medications work or increase your risk for serious side effects. This document does not contain all possible drug interactions. Keep a list of all the products you use (including prescription/nonprescription drugs and herbal products) and share it with your doctor and pharmacist. Do not start, stop, or change the dosage of any medicines without your doctor’s approval.

Some products that may interact with Stilpane tablets include:

The risk of serious side effects (such as slow/shallow breathing, severe drowsiness/dizziness) may be increased if this medication is taken with other products that may also cause drowsiness or breathing problems. Tell your doctor or pharmacist if you are taking other products such as other opioid pain or cough relievers (such as morphine, hydrocodone), alcohol, marijuana (cannabis), drugs for sleep or anxiety (such as alprazolam, lorazepam, zolpidem), muscle relaxants (such as carisoprodol, cyclobenzaprine), or antihistamines (such as cetirizine, diphenhydramine).

Check the labels on all your medicines (such as allergy or cough-and-cold products, pain relievers) because they may also contain acetaminophen, caffeine, or ingredients that cause drowsiness. Ask your pharmacist about using those products safely.

Other medications can affect the removal of this product from your body, which may affect how this product works. Examples include azole antifungals (such as ketoconazole), bupropion, fluoxetine, macrolide antibiotics (such as erythromycin), HIV medications (such as ritonavir), paroxetine, quinidine, rifamycins (such as rifabutin, rifampin), certain drugs used to treat seizures (such as carbamazepine, phenytoin), among others.

This medication may interfere with certain medical/laboratory tests (including certain urine tests, amylase/lipase levels, dipyridamole-thallium imaging tests), possibly causing false test results. Make sure laboratory personnel and all your doctors know you use this drug. 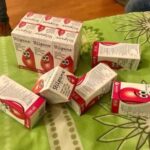 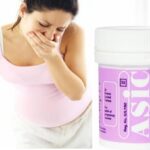 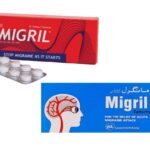 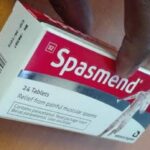