Robaxin is a brand of methocarbamol a medication used with rest, physical therapy, and other measures to relax muscles and relieve pain and discomfort caused by strains, sprains, and other muscle injuries. Methocarbamol is in a class of medications called muscle relaxants.

Muscle relaxants like Robaxin are prescribed for acute rather than chronic pain. They may be an option if the pain is preventing you from getting enough sleep. Because muscle relaxants cause drowsiness, they can help you get rest when you take them at night.

Robaxin belongs to a class of drugs called muscle relaxers. A class of drugs is a group of medications that work in a similar way. These drugs are often used to treat similar conditions. It’s thought that this drug decreases your body’s messages of pain and slows down your nervous system. This relaxes your muscles and provides pain relief.

How should Robaxin be taken?

The dosage of Robaxin depends on a variety of factors. The drug comes as a tablet to take by mouth. It usually is taken four times a day at first, then it may be changed to three to six times a day.

You should always follow your healthcare provider’s instructions when taking this medication.

Research assessing the effects of methocarbamol among children under 16 years is limited. If your child has been prescribed Robaxin, follow the dosage instructions from your doctor.

Always take Robaxin exactly as directed. Do not take more or less of it or take it more often than prescribed by your doctor.

What happens if I miss a dose of Robaxin?

Take the medicine as soon as you can, but skip the missed dose if it is almost time for your next dose. Do not take two doses at one time.

What happens if I overdose on Robaxin?

Seek emergency medical attention or call the Poison Help line at 1-800-222-1222. Reports suggest overdose is more likely when Robaxin is used alongside alcohol or other sedative drugs.

Signs of overdose include:

What should I avoid while taking Robaxin?

Avoid driving or hazardous activity until you know how this medicine will affect you. Dizziness or drowsiness can cause falls, accidents, or severe injuries. Drinking alcohol with this medicine can cause side effects.

What are the side effects of Robaxin?

Robaxin oral tablets may cause drowsiness. It may also cause other side effects.

The more common side effects of Robaxin can include:

What drugs may interact with Robaxin?

Robaxin oral tablet can interact with other medications, vitamins, or herbs you may be taking. An interaction is when a substance changes the way a drug works. This can be harmful or prevent the drug from working well.

Interactions that increase the risk of side effects

Taking Robaxin with certain drugs that also cause drowsiness raises your risk of this side effect. Examples of these drugs include:

Can Robaxin be used to treat opiate withdrawal?

Robaxin is considered a supplementary medication in the treatment of opioid or opiate withdrawal. It targets specific symptoms, such as muscle cramps and spasms.

It can be taken alongside Suboxone, a combination drug that’s effective in treating opioid addiction. Some research suggests that taking Robaxin or other ancillary medications doesn’t have an impact on treatment outcomes.

Is Robaxin a narcotic?

No, Robaxin is not a narcotic and it isn’t addictive when used according to a doctor’s instructions. At higher doses, it has increased potential for abuse, especially among people who have a history of narcotic abuse.

However, Robaxin doesn’t have the same properties as a narcotic:

Higher doses also carry an increased risk of undesirable side effects, including drowsiness and dizziness. Given these characteristics, it has a relatively low potential for abuse. 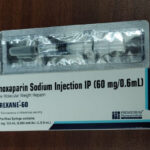 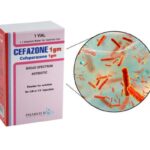 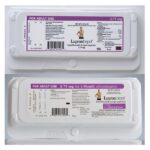 Lupron: Uses, Dosage, Side Effects, How it works 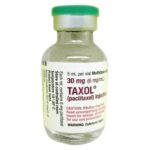 Taxol: Uses, Dosage, Side Effects, How it works
<
Tags
Robaxin