Rasburicase (Elitek) is an injectable medication used to treat high levels of uric acid (a natural substance that builds up in the blood as tumors break down) in people with certain types of cancer who are being treated with chemotherapy medications.

Urate oxidase is known to be present in many mammals but does not naturally occur in humans. Rasburicase is produced by a genetically modified Saccharomyces cerevisiae strain. The complementary DNA (cDNA) coding for rasburicase was cloned from a strain of Aspergillus flavus.

This medication may be prescribed for other uses; ask your doctor or pharmacist for more information.

Rasburicase injection is in a class of medications called enzymes. It works by breaking down uric acid so that the body can eliminate it. In humans, uric acid is the final step in the catabolic pathway of purines. Rasburicase catalyzes enzymatic oxidation of poorly soluble uric acid into an inactive and more soluble metabolite allantoin with carbon dioxide and hydrogen peroxide as byproducts in the chemical reaction.

How long does Rasburicase take to work?

The measurement of plasma uric acid was used to evaluate the effectiveness of rasburicase in clinical studies. Following administration of either 0.15 or 0.20 mg/kg rasburicase daily for up to 5 days, plasma uric acid levels decreased within 4 hours and were maintained below 7.5 mg/dL in 98% of adult and 90% of pediatric patients for at least 7 days. There was no evidence of a dose response effect on uric acid control for doses between 0.15 and 0.20 mg/kg rasburicase.

Rasburicase injection comes as a powder to be mixed with liquid to be injected intravenously (into a vein) by a doctor or nurse in a hospital or clinic. It is usually given over a period of 30 minutes once a day for up to 5 days. This medication is given as a single course of treatment that will not be repeated.

•        tell your doctor and pharmacist what other prescription and nonprescription medications, vitamins, nutritional supplements, and herbal products you are taking or plan to take. Your doctor may need to change the doses of your medications or monitor you carefully for side effects.

•        in addition to the condition mentioned in the IMPORTANT WARNING section, tell your doctor if you have or have ever had any other medical conditions.

•        if you are having surgery, including dental surgery, tell the doctor or dentist that you are receiving rasburicase injection.

Unless your doctor tells you otherwise, continue your normal diet.

What are the side effects of Rasburicase?

Rasburicase may cause side effects. Tell your doctor if any of these symptoms are severe or do not go away:

•        pain, redness, swelling, or tenderness at the injection site.

Rasburicase injection may cause other side effects. Call your doctor if you have any unusual problems while receiving this medication.If you experience a serious side effect, you or your doctor may send a report to the Food and Drug Administration’s (FDA) MedWatch Adverse Event Reporting program online (http://www.fda.gov/Safety/MedWatch) or by phone (1-800-332-1088). 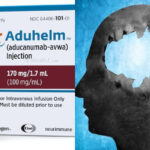 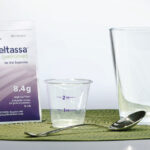 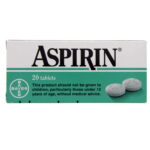 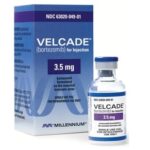